Can we predict our future?

As human beings, we are all gifted with intuitive abilities.

But since childhood, we have been taught to trust only what is considered 'logical,' 'measurable,' 'scientific,' and hence trustable. As a result, the ability to predict the future, 'sense' things that have not happened yet, or even develop intuitive abilities have been confined to the sidelines of science, or worse, labeled as tricks operated by wannabe magicians.

The Truth, however, is not quite as it seems. There's more than meets the eye. We are all connected with the whole Universe. Those who have made a lifetime of the study of psychic phenomena suspect that most of us are psychic to one degree or another.

💡
The Universe is a network of energy. Energy knows no boundaries, nor is it something that can be 'disconnected' from anything.

In ancient times, people relied on their emotions and feelings and acted accordingly. You might think: "It's just because of their lack of scientific bases, so they were doing the best they could with what they had." But think for a moment of the many times you 'sensed' something a few moments before that happened. Maybe it is a particular situation in which you call 'coincidence' the fact that you were thinking of a friend or a relative you had not heard from for a very long time and then, all of a sudden, your phone rings and that person is calling you. Not a moment before, not a second after that moment. It just happens.

💡
You might think it is just a coincidence, but in reality, this could quite likely indicate the psychic phenomenon known as precognition - knowing something before it happens. 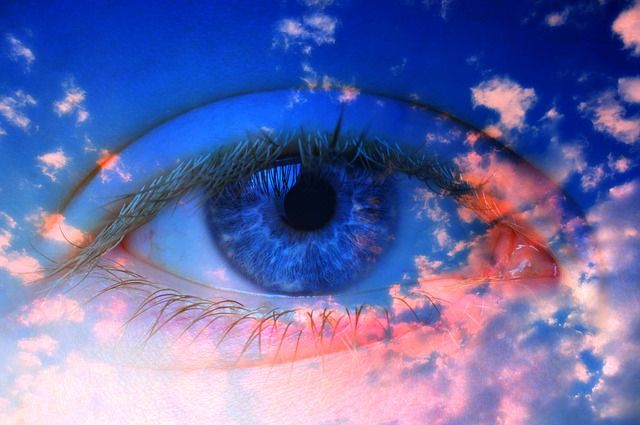 Image by Mabel Amber from Pixabay

It happens more often than we think. For example, do you usually have dreams about yourself, friends and family, or even world events that soon come to pass in detail in real life? Truth is, you cannot label all of these happenings as coincidences.

However, most of the time, our rational mind and science-based education do not allow us to see those predictions as accurate signals that we should be able to observe and pay more attention to. Professor Zacks, a member of the research team at Washington University in St. Louis, explains that as we go through our day, we are always predicting the future in all kinds of ways, and we're usually correct.

Another study by researchers at Northwestern University in Illinois, the Università di Padova, Italy, and the University of California, compiled a test that measured body reactions just before being shown images. Some images were neutral; others were exciting. They found that the subjects' physiological responses (heart rate, brain activity, and pupil dilation) would manifest up to 10 seconds before being shown a stimulating image.

These studies indicate that, even with the doubtful results being eliminated, a person's subconscious displays an uncanny ability to predict the future.

In other words, our subconscious, which cannot express itself through recognizable thoughts, can gather all the facts, knowledge, and ideas that we have experienced in the past and present them to us as a gut feeling or other apparently' paranormal' signs. 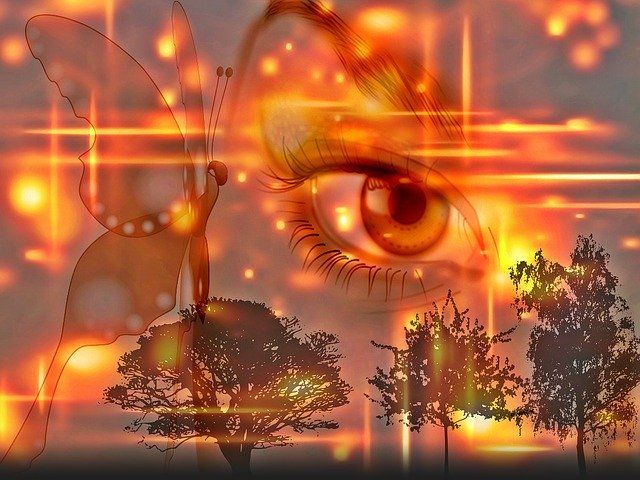 Image by Sabine Sauermaul from Pixabay

There are 5 unmistakable signs that you can predict the future and have psychic abilities:

1. You know that your child, or someone very close to you, is in trouble even if they are physically far from you.

We all worry about the safety of our loved ones, especially when they are separated from us. As a natural attitude, all parents are deeply concerned about their children at school, off with friends, or on a school trip. But we abate our worry or concern with reason and keep telling ourselves that our loved ones cannot always be under our supervision. At least, this is what we all do at a national level. But there have been many cases in which a parent knows her child has been injured or is in trouble.

This is no ordinary worry. The feeling is so intense and persistent that - unfortunately - in many cases, it appears true. There has been an accident, and the child is seriously injured. At a rational level, there is no explanation (and we might think of it as a coincidence). But such a psychic connection has been documented between parent and child, spouses and partners, siblings and twins. If you have had such an experience, you might be psychic, and - relax -it is more common than you might think.

2. You already know a place before you go to it

Perhaps you have had the experience of going to a person's house that you've never been to before. It could be a friend's friend you have never met in person and you barely heard of beforehand. But as soon as you enter that house, everything around you looks, sounds, or smells familiar. It's a unique and sometimes a bit scary feeling of 'déjà-vu.

You can move inside the house as if it was yours, or a house you have inhabited for a very long time. You know precisely where every room is, what it looks like, and how it is decorated. You may even know tiny details, such as an old record player in a room or an object on a shelf. But you know you have never been there before.

At this point, you could try to lie to yourself, claiming that it could be that you have been to the place before and have forgotten. Or perhaps you might think that is just a case of déjà vu--that eerie feeling that we've done or seen an exact thing before. But déjà vu is usually a fleeting feeling about a brief exchange of words, gestures, or sights. It is rarely prolonged or so vividly detailed.

💡
So, if you have this knowing feeling about a place you have never been to, that is a sign that you might be a psychic.

Or that you have predicted that, at a certain point in time, you would have found yourself at a specific place, at a particular time.

3. You Have Prophetic Dreams

We all dream, and we all have a variety of fantasies about people we know, be they friends or famous people, and even perhaps things that are going on in the world. According to dream-interpretation.org, "There are many types of dreams, including prophetic dreams, also called precognitive dreams.

Prophetic dreams are believed to be a form of extrasensory perception (ESP). A person is said to perceive information about places or events through paranormal means before they happen."

See what your subconscious is trying to tell you through dream symbols.

But if you often have dreams about yourself, friends and family, or even world events that soon come to pass in detail in real life, then you have prophetic dreams. So despite what the skeptics may say, many people have experienced prophetic dreams and believe their dreams can predict the future. Prophetic dreams differ from normal dreams because they are more lucid, vivid, detailed, and compelling. A good habit is to keep track of these dreams. You should write down these dreams right after you have them so you cannot forget them. Then, from time to time, you could have a look at your dream journal and see how many of these dreams have become real.

You will be surprised by how many of these dreams have manifested in real life!

4. You know a person without having met before

Have you ever shaken the hand of a new acquaintance and instantly known all about them—where they're from, what they do, and what kind of personality they have? And most importantly, you can know with absolute certainty what they will say before they open their mouth?

You could be just a highly perceptive person who can deduce information about a person just by looking at them, how they are dressed, or how they shake your hand.

But if you can go beyond this and know what they are exactly going to say out of any possible way of knowing, you might have the rare kind of extrasensory perception known as psychometry—and you might be psychic. And again, this means you can predict the future.

5. You regularly tell your friends what will happen to them, and it does happen all the time

Of course, we are not talking about warning a friend who is pouring some hot water from a teapot with disregard: "careful with that hot water, you're gonna hurt yourself!"

We're talking about the ability to tell friends and family about specific experiences they will have soon. If you can warn them about dangers or circumstances that happen to them, that's a clear sign that you can predict the future. Are you right more often than not?

Because we know our friends and family well, it is logical to assume that we can sometimes predict what might happen to them. But this goes to a deeper level. We're talking about the intense feelings that you have. Feelings seem to come out of nowhere and are not based on anything you know about the person. It's a powerful feeling, and you are compelled to tell them about it, even warn them if necessary. If those events come to pass, you might be psychic.

Of course, the problem with this kind of presentiment is that although we might train ourselves to be aware of the signs, it is still difficult to be precise about details and timings. Besides, it is also difficult to remember those signs and dreams. Memory is unreliable, and we may forget what we dreamed of. The way to become more accurate is to keep a journal where you can explore how events turn out or why you might have felt a certain way about a set of circumstances.

By keeping a journal, you can revisit your predictions and see if they came true.

Read Next: Science Says: Humans Can Absorb the Energy of Others 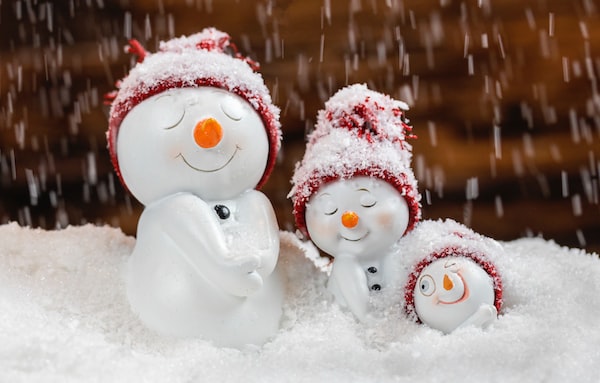 Read Your Inspiring Message for Today: 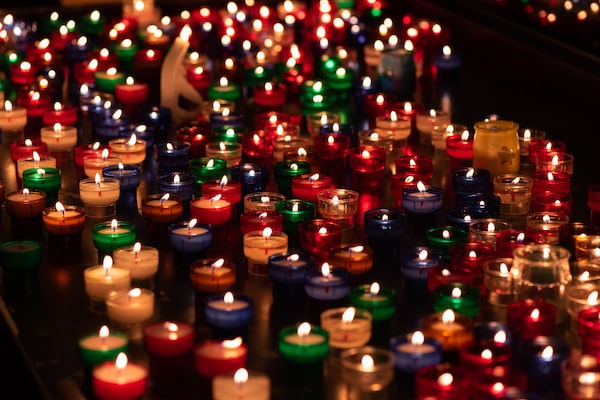