The glory and the wonder that is Metatron.

Archangel Metatron was an angel always, but he gave it up to come to Earth after being led by the fallen ones to come to the physical manifestation and be a medium for them between man and God. His love for the Creator had him give up on their appointed task. He was taken from his human form, Enoch, and brought home. He could not help but return to teach the wisdom of the heavens and Universe through Raphael and his teachings. Then in Egypt, he was called Thoth. Some spirits will go by the same names without revealing the others behind them. To help you understand this, for example, that would be like me, my daughter, and my best friend, all working under the name Alura. If anybody were to email, they would just sign the email with my name, representing me, but it would, in fact, be them. Like a family, it uses one last name like "Cein," but many are in the family. If somebody had done something significant and it was documented under the last name, no one would know who it was, but it would be represented under that name.

Metatron came to Earth himself and continued to Incarnate until it was time for the Archangel Emmanuel to come.

He was here as Enoch. He came to see the matrix from the inside out since he helped create it from the outside. His teachings would restore the love needed for wisdom because others had given it a more scientific and logical feel.

He is a strongly reigning angel with many domains.

Therefore, he is a Dominion, a Scribe, and a Teacher Angel. Metatron has enormous energy and has taken a particular interest in humankind, seeing how far they can go obtaining knowledge and what they do with it once they receive it. With his stern personality channeling him, I felt like I was an older philosopher, but his kindness was unsurpassed.

His name means 'beyond the matrix.' As of late, he is the only soul to work beyond it.

Metatron keeps the blueprints. He knows the ins and outs of the matrix and the ones beyond. He holds a firm eye on anyone claiming to know such; this knowledge is only meant for a select few under his rulership.

Legion: As a Dominion, he is also an Archangel because not only does he have his own domain, but he also leads his own army. A spirit of many trades and roles. He works for the armies of Yaldabaoth. The one who should be ruling Earth. Yaldabaoth also goes by the name of YHVH. Archangel Samael is the deities father. He was raised to deity status after his father, who was given Earth as a domain, ruined it with his own agenda. Metatron went on to intercede between the realms for this outcasted rebel. He continues to be a messenger between them today. However, the Creator and the deity gave Metatron precedence over the Earth as an emissary because he works as one. So Metatron works for YHVH, under the ultimate Creator, and he works between the Earthly archonic rulers to continue his work here.

In comparison: He has been known as Thoth (due to teachings left through Raphael's incarnation), Demeter, and the Viking God, Vol.

Twin Brother is Sandalphon, the angel of prayers and many faces.

Number: Metatron has the number 13.

13 is the vibration of the 13 spheres represented by his Cube. 13 is a karmic number and is the number of upheavals so that new ground can be broken. Therefore, the number 13 has great power.

If this power is used for selfish purposes, it will bring the destruction of the self, and in turn, this will cause disease and illnesses. Adapting to change gracefully will bring out the strength of the 13 vibrations and decrease any potential for the negative. It is the great destroyer and rebuilder, which is why I said that to awaken, one must forget what one knows already. Jesus also knew the significance of this when he said, "I will tear down this temple and rebuild it in 3 days". It is the 12 knights of the round table, with the all-seeing eye in the middle, the council of 13. Metatron has hacked his way in and out of that.

Stones: Since he works with all rays of light, as a knower of the blueprints should, he can use any stone. However, he will mainly communicate in quartz. The Universal Stone.

Day: You can work with Metatron any day of the week.

Animals: Metatron's animal is the elephant.

Archangel Metatron's force is strong, burning, hot, and weighty. But, on the other hand, it is heavy, thick, and overpowering, as he holds the records and design of all things. One of the hardest next to Archangel Barbiel that I have worked with.

Metatron takes no excuses, no laziness, and no shortcuts. He is like a loving drill sergeant, forcing you into a place of deep intelligence.

He appears in many forms. Sometimes as specks of light, if he graces you with some of his presence. He also appears as an older man with long white hair, wearing a long crimson robe with white underneath, and in other instances, in his proper form, which no man can fathom.

When Metatron appears for me, I smell rich hints of freshly washed linen.

He likes dim light, nothing intense, and candlelight. Loving but stern fatherly figure. His appearance is beyond earthly words, but he also appears as an animal or friend to make you more comfortable. He is all-knowing. Even our Archprestige, Michael, does not have all of the blueprints, as does this master builder.

All things in this world's matrix are an illusion, and the truth is encoded in rich symbolism, hidden metaphors, and false stories. But, if you are awake, you can remember all of the ways back to the beginning of Earth, and like me, you recall the reality, which is supposed to be visible to life here. I remember when it all started, and the Story of Enoch happened a little later than when they had it written in the books. But, no matter when it happened, Metatron was greatly misrepresented.

He is an archangel, but not in the higher angelic realms beyond Earth. Instead, he is an angel of the earthly heavenly spheres.

As you know, there are many layers to each planet and star, and even the Universe has its own. So many of the angels mentioned are angels of the Earth's spiritual realms, which is why you do not hear much about angels beyond this planet. Metatron is an angel of the 7th and 6th-dimensional spheres here, as the angelic realm ends in 6D. In the 5th, beings who were once beings of divine light took their position and started ruling closer to the humans. Then, they eventually spawned into the 4th, filling the astral world up with their presence and minions. True channelers know this, as they would see it when they lock in, to obtain information.

I say it is dangerous to do spirit work because that layer is impossible to hack out of.

I giggle when I hear that people claim to channel the Angels because a person can not hack beyond the great and mighty powers unless awakened and fully awake to the truth beyond. They are actually reaching those powers instead. They portray themselves as higher beings but are no more than tricksters in the light.

Metatron, when on Earth, petitioned for the powers to be released, as they made human children for themselves and felt like they had control through the Nephilim and wanted to go back into the higher realms.

Their light had already descended, and they would have to ascend back like everyone else. Metatron was given much wisdom and access to work between the worlds by those powers. They wanted a messenger to go beyond the prison they made for themselves, and Metatron had been loyal to the Creator. He had been a messenger but was placed in 7D of Earth after his earthly life. So, he moved between the realms to see all things. This is how he learned to make new layers to this world's barriers, which hold all of its souls. He left the wisdom for people after him to know. But it was kept hidden from public view.

This was done in encrypted codes. It is not for everyone, only those of large consciousness, to be able to return once done with their experiences. In truth, others could be led out, but they would have to follow those with the wisdom and knowledge, the messengers on Earth, and returning ascended masters. Those who genuinely have the codes of leaving and consciousness activation need to change the vibration to sustain their existence outside this planet. That is what Metatron's Cube represents. The middle spiritual council in the 5th sphere and beyond, who are controlling this world.

You have to be able to go beyond the layers of the spirits that make up the matrix. They will not permit just anyone. You must have access first, and Metatron did. I do, and there are a few others. Many do not even know the codes, to go around saying they channel into these realms, nor communicate with the spirits. Many spirits and Archons ruling here do not see humans as anything more than lowly sheep in this world. Those spirits are shepherding in control, domination, delusion, false teachings, poisoned foods, and corruption. To get to the true Creator and the angels of goodness, you have to make it beyond those layers because they work in a ladder, so to speak, of layers and souls. The flower of life is a vibration and makes up the angels of air. I teach what all of this really means, in my Truthology Course, Part Two.

I am only permitted to teach certain souls in that course. I may have to turn away even others who enroll due to my orders. But in any case, at least you know how Metatron's Cube came to be. It is only one layer within the program of Earth's reality. Metatron holds the wisdom inside of himself, of the entire hierarchy. In truth, people can believe in the delusions and agenda teachings out there, which is fine. But I hope those who are genuinely called by the higher powers, and realms, will come, so I can teach them beyond these little blog posts. I have so much to give, but it is not for everyone. Not many understood it even now, in my public teachings.

Metatron is the wisdom of the matrix, and it moves between the realms, only reaching those with the greater consciousness to understand it. This understanding will not be of anything humankind is promoting. It goes deeper.

Want to read a message for you from Metatron? Click this ARTICLE 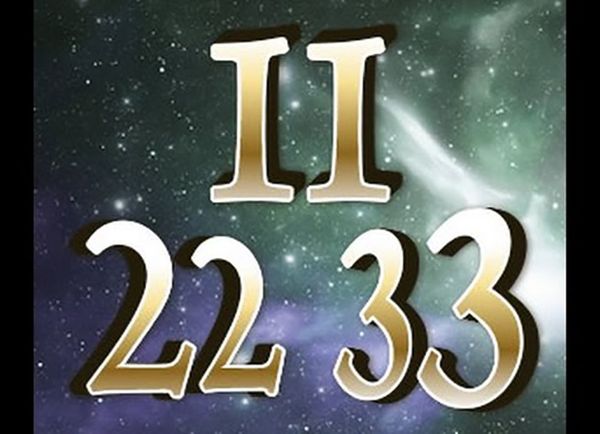 In numerology every number has its meaning. They’re all really important, but the most interesting ones are 11, 22 and 33. Numerologists call them “Master Numbers” 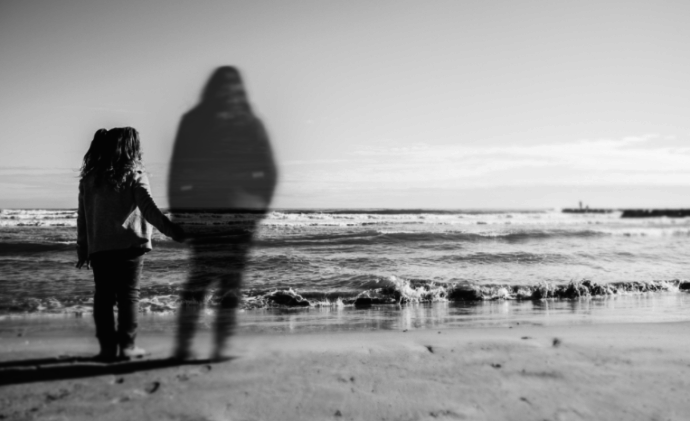 There are some signs that the energy of the deceased one is among us, and here is how you can feel it and recognize it.