As though to confirm the hunch many of us had that our ‘junk’ DNA was anything but disposable, researchers from the Gene and Stem Cell Therapy Program at Sydney’s Centenary Institute have proven that 97 percent of human DNA programs or encodes proteins in our bodies. One of the researchers involved in this study said, “this discovery, involving what was previously referred to as “junk,” opens up a new level of gene expression control . . .”

This also means there are multiple modalities that mainstream science has yet to give a nod to, which just might re-train or reprogram our DNA — even cells which have become cancerous or are mutilated by the onslaught of toxins in our environment and negative emotional baggage which has been proven to have an undesirable impact on health. Many people have compared human DNA to the Internet. It communicates immense amounts of information in microcosmically small, but significant ways, mimicking a vast network of information portals, not unlike the billions of websites connected to one another all over the world.

It may account for our intuition, spontaneous healing, and a number of other phenomena that mainstream science is just beginning to understand.

Chaos theory states that chaotic appearances are just a very complex system affected by very subtle changes in an almost infinite array of varying possibilities. When you consider that humans have 3 billion base pairs of DNA, most of which are identical, but that there are at least 3 billion raised to the 4th power (4 raised to 3,000,000,000) of positions possible – a number larger than the number of particles in the Universe – you might just call DNA a highly organized but extremely complex system – seeming chaos.

Is it not possible that such a complex system can be affected by very subtle shifts of light or sound, even the human voice?

There are numerous scientists (not to mention thousands of years of spiritual adepts) who claim light and sound alter our DNA and directly influence our biology. DNA is a type of language, albeit a complex one. Computer simulations and a purely biological approach to understanding the language, have failed however, in the same way that language fails to describe ‘ascended states.’

Mainstream science will tell us that while DNA involves construction rules that affect different sequences, the ‘dictionary’ of DNA does not follow Zipf’s law, which every other natural language follows. So, even though DNA has structure, it is not a language. I heartily disagree.

If you have ever watched a musician who was skilled in playing his or her instrument technically, to absolute perfection, but somehow lost the emotional ‘language’ which is necessary to convey an ovation-inspired performance, then you understand that stringing together a perfect phrase or sequence of notes does not account for an entirely separate and subtle language that speaks to the human heart and mind.

It is the technical perfection of the right rhythms and notes paired with heart and passion which brings us to our feet. Similarly, DNA can be strung together in its typical set of A-T or C-G, but it is the junk DNA which might decide whether your cells cause you to develop cancer or be gifted with the ability to see clairvoyantly.

Russian linguists, Dr. Pjotr Garajajev and Vladimir Poponin found that DNA does follow similar patterns and rules to human language, but this is not the most interesting information, by a long shot. In fact, biologist, Dr. David Deamer and Susan Alexjander, who holds an MA in music, have discovered that DNA makes its own beautiful music before we even try to alter it. The two measured the actual molecular vibrations of DNA and recorded it using an infrared spectrophotometer. They exposed each section of DNA to infrared light and measured the wavelength it absorbed, and therefore determined its sound frequency. What it made was ‘hauntingly beautiful’ music. “Some of the combinations of frequencies,” Alexjander said, “. . .they are just stunning. It sounds alive to me.”

Is this for real?

While interesting and inspiring, at least to the imagination, ideas of singing DNA and re-structuring DNA with intentional frequency are certainly difficult to find in practical application and are as of yet lacking legitimate scientific validation.

As with Chi, the mapped out essence of life to Chinese medicine, the difficulty in finding verifiable proof and use for these theories is something that has earned this line of thinking the title of new age and pseudo-science.

Science does, however confirm that sound and light can and do directly influence the body’ healing processes. Researchers at the University of Cincinatti have had measurable success in applying high-frequency electrical signals to vascular cells with great effect in healing chronic, persistent wounds like diabetic ulcers. For decades the mystery of Royal Rife and his frequency healing machines have been touted by many as the end-all cure for a wide array of diseases, parasites, and bacterial and fungal infections.

His discoveries suggest that every living organism has its own unique resonant frequency and that by subjecting the body to electrical currents that target specific pathogens, diseases and ailments can be neutralized and destroyed without pharmaceuticals or invasive procedures.

Furthermore, acupuncture, the ancient Chinese system of medicine that works directly with the body’s energy conduits and has offered tangible healing benefits to millions over many centuries, has also recently been validated by scientific research.

These examples corroborate, to a degree, the ancient spiritual notion that the human body is enlivened by a subtle energetic system that can be manipulated by the application of sound, light and intention. For one to understand this on experiential terms, however, it is necessary to cultivate the sensitivity to detect and direct this energy, but for many, this process of cultivation is simply too demanding and too methodical to be assimilated as a habitual part of daily life.

Most people simply do not have the patience in our fast paced environment to achieve the awareness of this, scientists included.

While science is making exciting advances in understanding our quantum universe, the timeless healing modalities of shamanism have of late been forcing their way into the popular conversation about healing and spiritual development. In fact, shamanism may offer us the best example of how the use of sound and directed energy can bring about healing in the body and psyche.

In a shamanic healers toolkit, the most commonly utilized and highly prized agents of healing are often Icaros, which are Sacred songs sung by the doctor to the patient to affect health and well-being by enchanting the subtle and unseen spiritual influences that may be gripping the body and psyche.

In addition to Icaros, shaman will also often employ chacapas, bundled dried leaves, as well as other musical or tuning instruments which create sounds that are influential to the body’s energetic system.

Often coupled with the use of plant medicines, shamanic practices can have powerfully positive effects on the sick, and some scientists are recognizing that the alkaloid rich medicine Ayahuasca may be able to assist in curing cancer. Eduardo E. Schenberg of the Federal University of Sao Paulo, has recently publicized research indicating that the compounds DMT and harmine, found in Ayahuasca, have “been shown to induce the death of some cancer cells and inhibit the proliferation of human carcinoma cells.”

While reductionist science is good at isolating molecular reactions, the truth is that any research on the subject of Ayahuasca is incomplete without acknowledging the beneficial presence of shamanic healers who are capable of bringing out the highest energetic potential of the effects of any chemical compounds within Ayahuasca, or any other plant medicine.

Administering the compounds without the context of genuine shamanism is hollow, and lacks the full picture of the healing potential of shamanic medicines. The primary means in which shaman communicate with a patient is through their Icaros and other instruments of sound and vibration, which demonstrates their understanding that a significant part of the science of healing is working with vibration and frequency.

While certainly an interesting idea to muse, hard evidence that frequency and vibration can directly effect DNA and the body’s healing processes is still forthcoming, however, there is an ample body of experiential human evidence to inspire and warrant further examination of this topic.

This is not an easy theory to prove, or disprove, and the answers are unlikely to satisfy everyone. The best that we can see is that truth is relative to personal experience in some ways, and when an individual has spiritual, or cosmic experiences that do not fall within the explainable territory of rigid science, they unfortunately are left high and dry by a world paradigm that is stringently adamant on disproving mysticism.

Certainly, this is a complicated and sometimes heated topic, as we do live in a world still dominated by material science that attempts to reduce mysticism and spirituality to anomalies in brain chemistry and personality. Yet, at the same time, the human race is coming up against serious plateaus in its understanding of how to interact with the natural world, including our bodies, which means we must be willing to tangentially explore the validity of the information received through intuitive experiences.

These questions are here to stay until answered, so aren’t they worthy of a second look, with an open mind to all possibility?

Read next: Heal Yourself By Talking To Your Body: Your Cells Are Listening

Article Source: originally written by Christina Sarich & Dylan Charles and published on wakingtimes   Original Title: Can we reprogram our DNA to heal ourselves with Vibration & Energy?

About the Authors of this article:
Christina Sarich is a musician, yogi, humanitarian and freelance writer who channels many hours of studying Lao Tzu, Paramahansa Yogananda, Rob Brezny, Miles Davis, and Tom Robbins into interesting tidbits to help you Wake up Your Sleepy Little Head, and See the Big Picture. Her blog is Yoga for the New World. Her latest book is Pharma Sutra: Healing the Body And Mind Through the Art of Yoga.

Dylan Charles is the editor of Waking Times and co-host of Redesigning Reality, both dedicated to ideas of personal transformation, societal awakening, and planetary renewal. His personal journey is deeply inspired by shamanic plant medicines and the arts of Kung Fu, Qi Gong and Yoga. After seven years of living in Costa Rica, he now lives in the Blue Ridge Mountains, where he practices Brazilian Jiu Jitsu and enjoys spending time with family. He has written hundreds of articles, reaching and inspiring millions of people around the world. 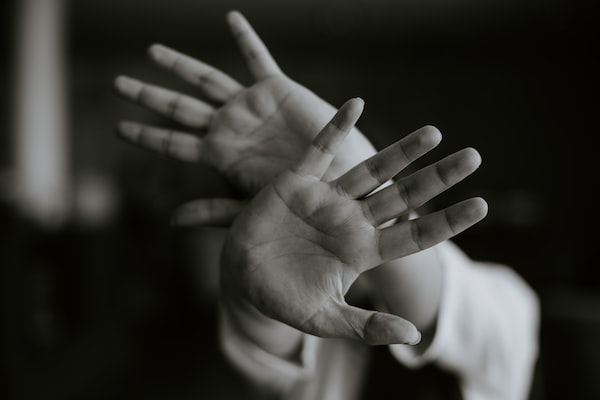 Feeling sometimes a bit anxious is quite a normal human response, however an anxiety disorder is not the same thing– it can be paralysing. And there are certain things that you should NEVER say to someone who suffers from anxiety

Apitherapy is a therapy that uses beehives and bee products. Discover the secret of long life and the benefits of Apitherapy to strengthen your immune system in the most natural way!