Although many are the stories, testimonies and legends involving Angels, very few are the names of the Angels we know and even fewer are documented in sacred texts. The Four Great Archangels, Michael, Gabriel, Raphael and Uriel are the ones whose names are found in many sacred texts in many religions.

The stories which involve Their Presence and interference are numerous and enchanting, although the way each story perceives them has to do with how each religion understands and practices ethics.

This is why Angels in the Old testament were described sometimes furious punishers when the Law of God has been violated and this is why the most recent stories talk about their miraculous, healing and inspiring touch. It seems like Angels and Archangels have been evolved but the truth is that only Human Perception has been evolved. Angels were always agents of Love, Compassion and the Holy Word of the Divine Powers. 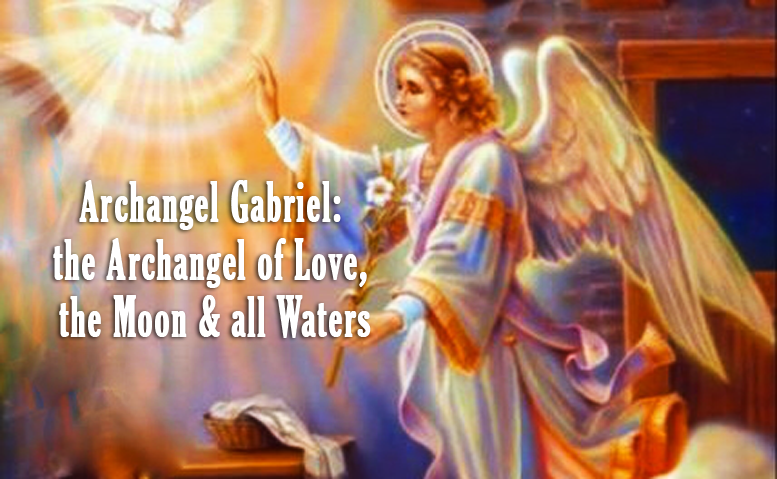 Archangel Gabriel”s name actually means “God is my Power”. In some other versions one can find that his name means “Who is stronger than God”.

Gabriel as well as Michael, Raphael and Uriel are considered to walk the Earth as men, hearing our prayers, healing and guiding us.

Gabriel”s symbols are mainly the Lily, the Trumpet and the Moon.

Most artwork depict the Archangel to hold a Lily (or lilies) or sometimes blowing the Trumpet, signifying the End of time and the Final Judgement. Archangel Gabriel is one of the most significant figures in Christianity, Judaism and Islam. He is also very popular in New age and new Pagan religions. Gabriel the Archangel appears in the Book of Daniel (old Testament) who appears as Man sent by the God (whose name is YHWH, the latin version of the 4 letters of God, the Tetragrammaton), in Talmud, in New Testament where he brings the Good news to Virgin Mary, in the Book of Enoch (which is considered part of the apocrypha) and he is also believed by the Muslims that he instructed the Quran to the Prophet Mohamed. Gabriel in Pagan religions is associated with the West, the Waters (and the element of Water) and some times with the Moon, this is why some times he is depicted and as glorious angel with the crescent moon on his forehead. Many practitioners call Gabriel when the cast the Magic Circle, to protect the Circle from the West. Gabriel is believed to be a Mesopotamian deity that endured and now is honoured by Judaism, Christianity and Islam.

Gabriel is always depicted as a muscular, powerful, very handsome, kind and sweet man, (although in new age religions sometimes Gabriel is mistakenly in a form of a woman”s body, or androgynous, something that of course is written in no texts, and no holy scripts).

But always, Gabriel the Archangel, is the messenger of Love, Compassion and Sympathy. Gabriel is believed to be the most responsive of the Angels answering to human prayers and pleas.Gabriel is also considered Patron of all Messengers. Gabriel is a very significant Archangel and he is summoned in almost every ritual in Christianity. But Everyone should ask Gabriel”s guidance for he is a bright Archangel who spreads Love and Good news. Ask him to enlighten your life, to brighten your spirituality, to conquest your fears, to live your life with strength and Love.

Ask Gabriel”s assistance in any spell you like, as long as you are sure that this spell will only benefit you and the world.

Tell him honestly what is your problem and what you really want. Ask him to Guide you.

Source: magicalrecipesonline
Please Note: this article has been re-posted without prior written consent by the original Author. Link to the original article and site can be found above this disclaimer. If you are the Author of this post and you think that we are not re-posting it under the realm of 'fair-use', please contact us earthangelshouse@gmail.com

Read next: An Angelic Prayer for Success, Blessing and Abundance 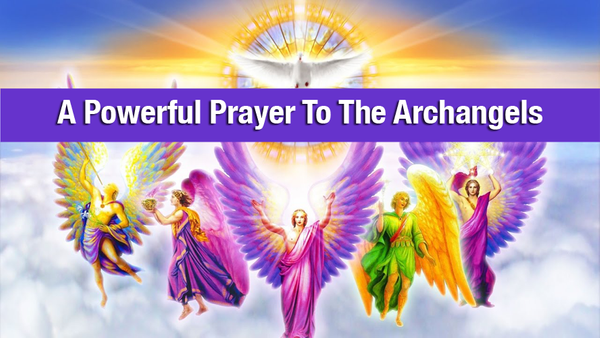 Call upon the beloved Archangels to hear your prayers today. 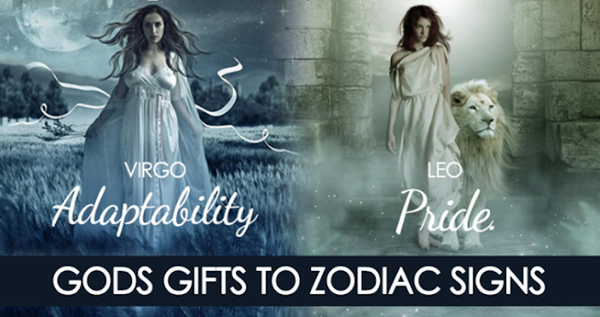 Gods and Goddesses were believed to bless each human with a gift, one special power which could help them in their lives. Lets find yours.