Have you ever come across someone who is always nice to you on your face, but complains about you to other people behind your back? Is it intimidating for you to talk to certain people at work who are nice to only those who are superior to them in position?

Do you have a hard time figuring out who’s fake and who is actually a nice person? Here are some pointers that will help you spot genuine and fake people around you:

1. Look Out For All Vs. Look Down On All 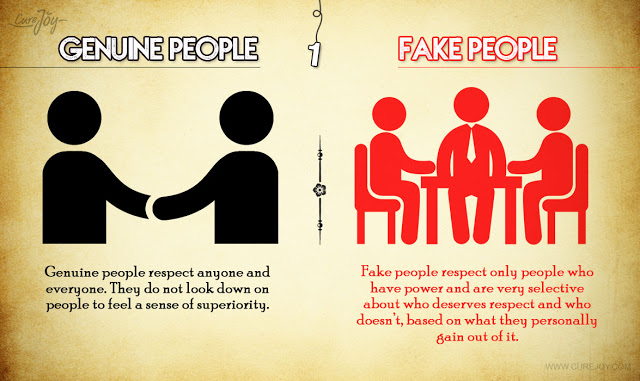 Genuine people respect anyone and everyone. They don’t look down on people to feel a sense of superiority. On the other hand, fake people respect only those who they think have power. They are selective about who they respect, and what they personally gain out of it.

2. Hard To Impress Vs. Easy To Please 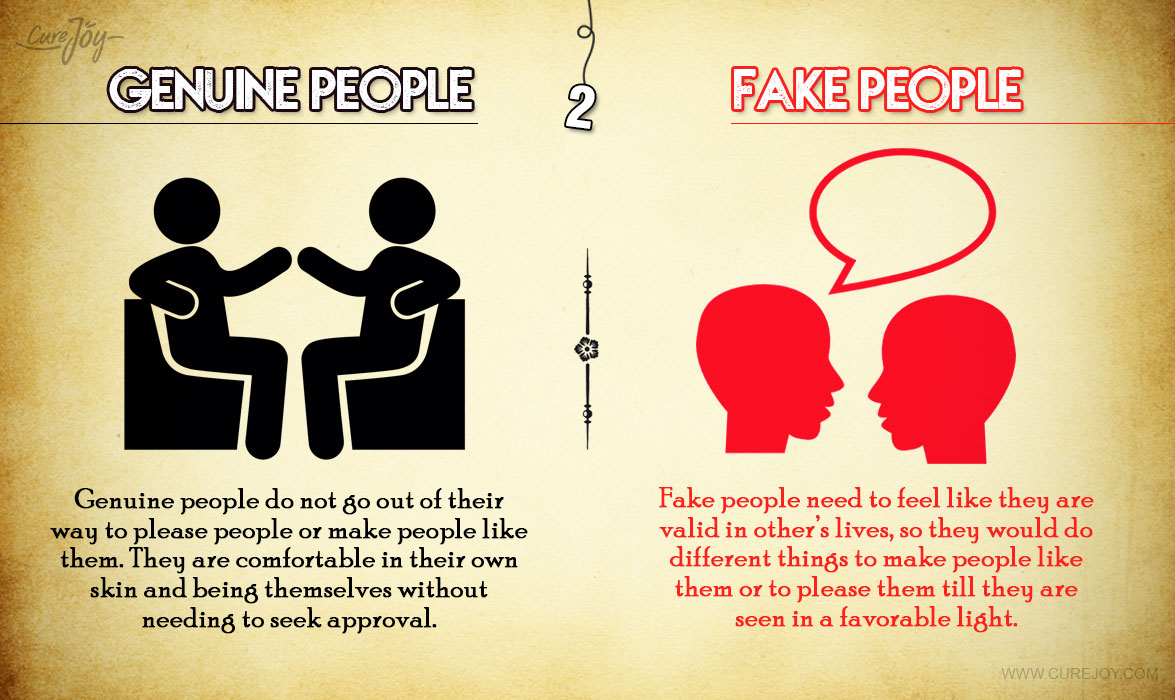 When it comes to pleasing people, genuine people don’t go out of their way to impress anyone. They are very comfortable in their skin and don’t care about other’s approval or opinion about themselves. However, fake people think they are valid in other’s lives. They like going out of their way to please people until they are seen in a favorable light.

3. Comfortable In The Shadows Vs. Need The Limelight 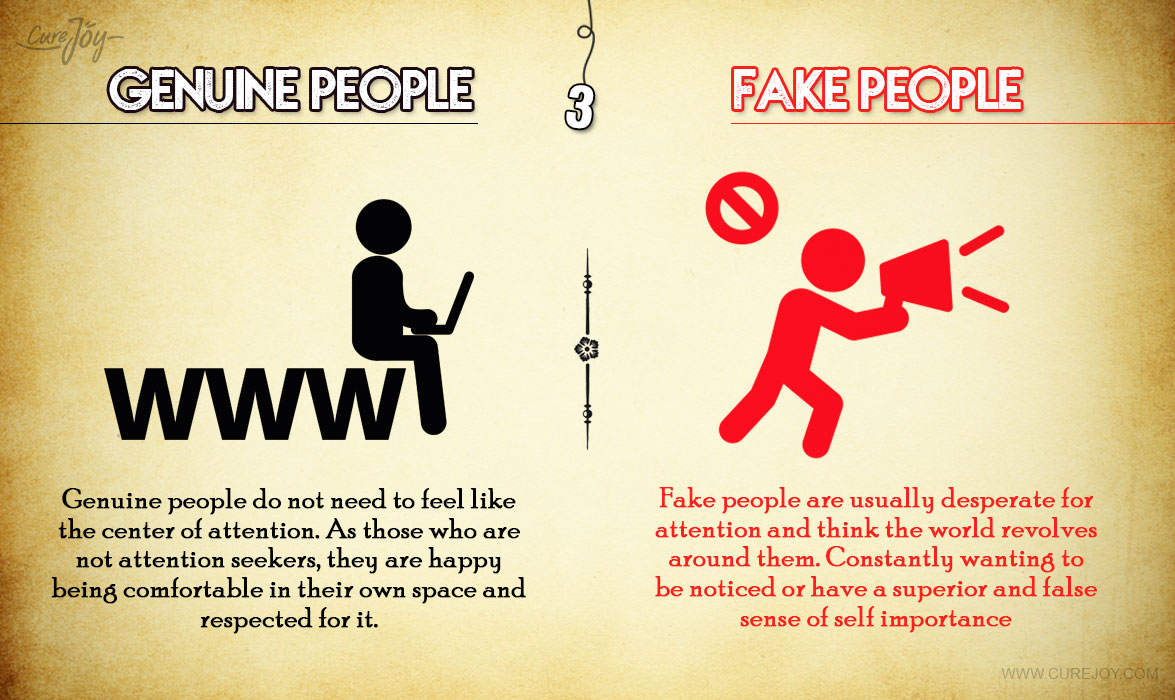 Genuine people have no trouble in spending time by themselves. You will see them being in their own comfort zone, doing what they like, and they like being respected for it. However, fake people are desperate for attention, and are constantly loud to attract some attention of people. They think that the world revolves around them. 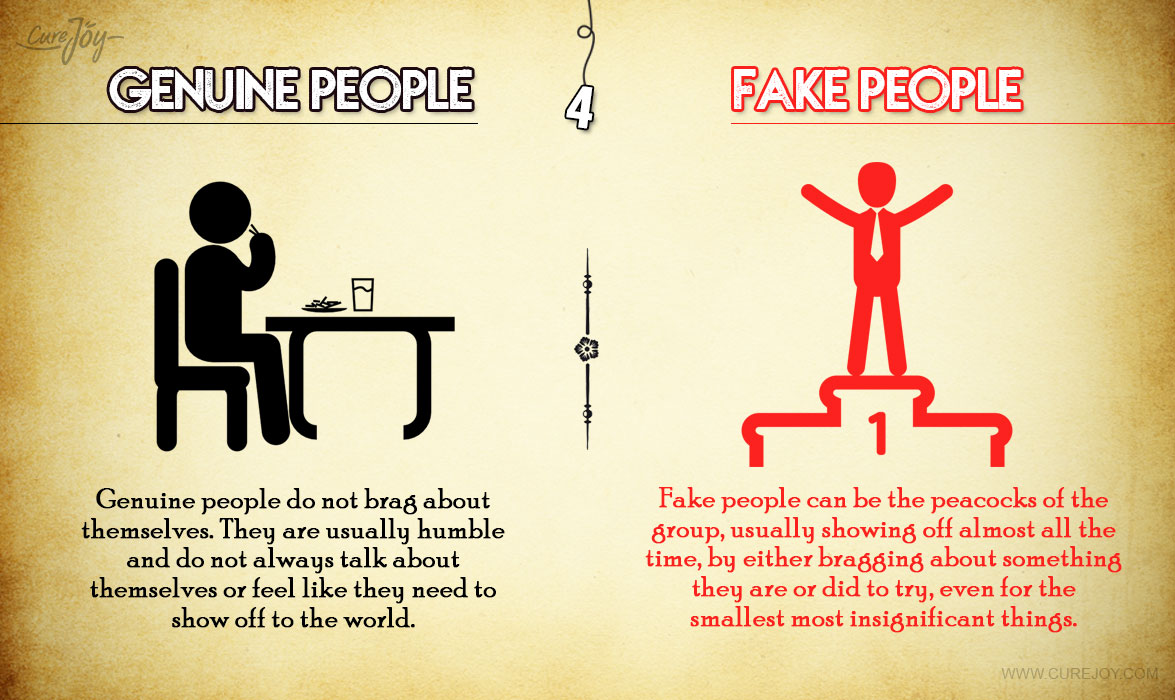 5. To The Face Vs. Behind Your Back 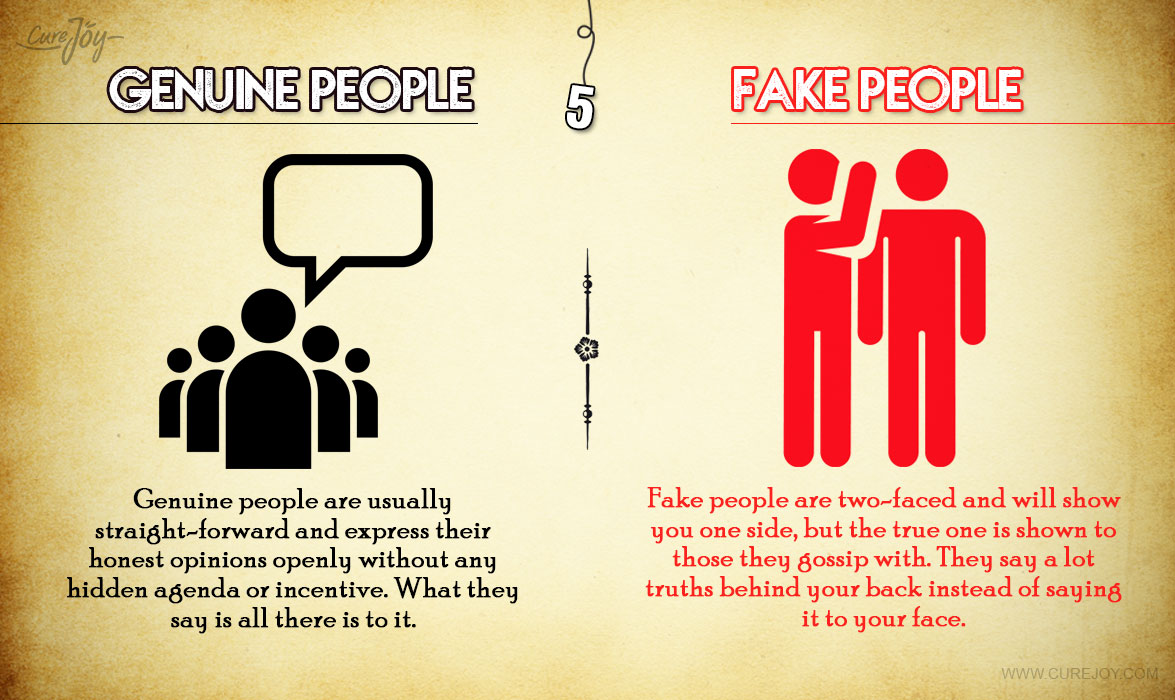 If they got something to say about you, they will do it on your face. They are pretty straight-forward and express their opinions honestly without any hidden motive behind it. Fake people are two-faced, and they love to gossip. They portray something else on your face, and say something else behind your back. 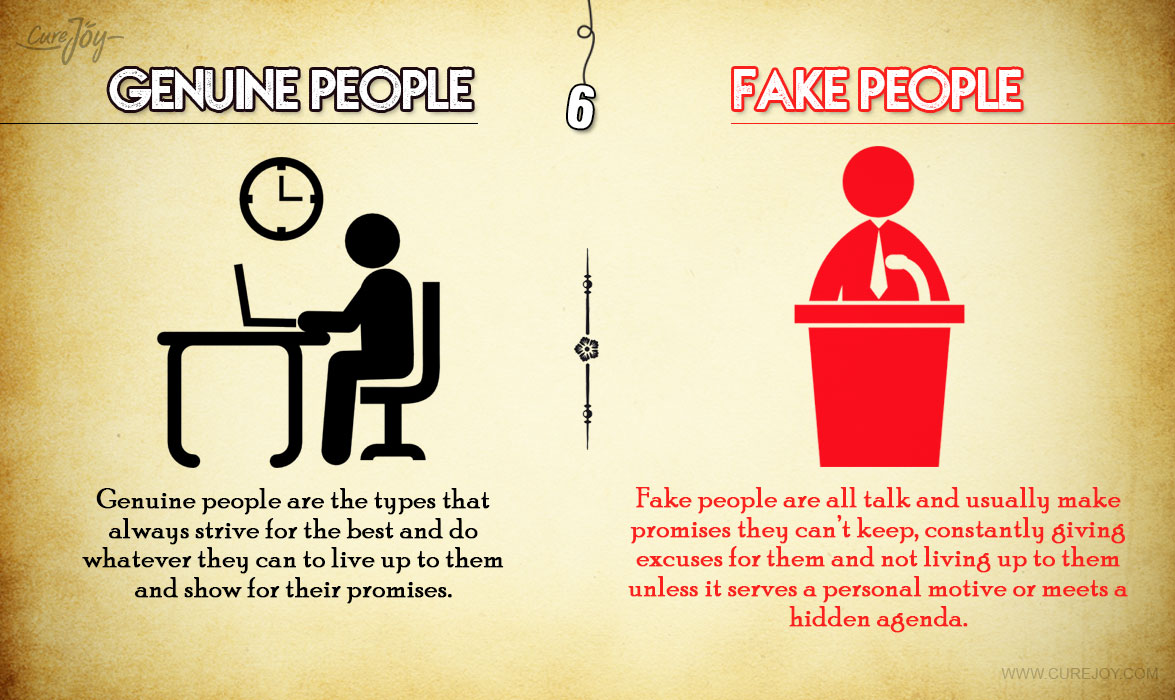 Genuine people always strive to do their best, and do whatever they can to live up to their promises. Fake people like to talk, and can’t keep the promises they make. They constantly keep giving excuses until anything they do meets a personal motive or agenda. 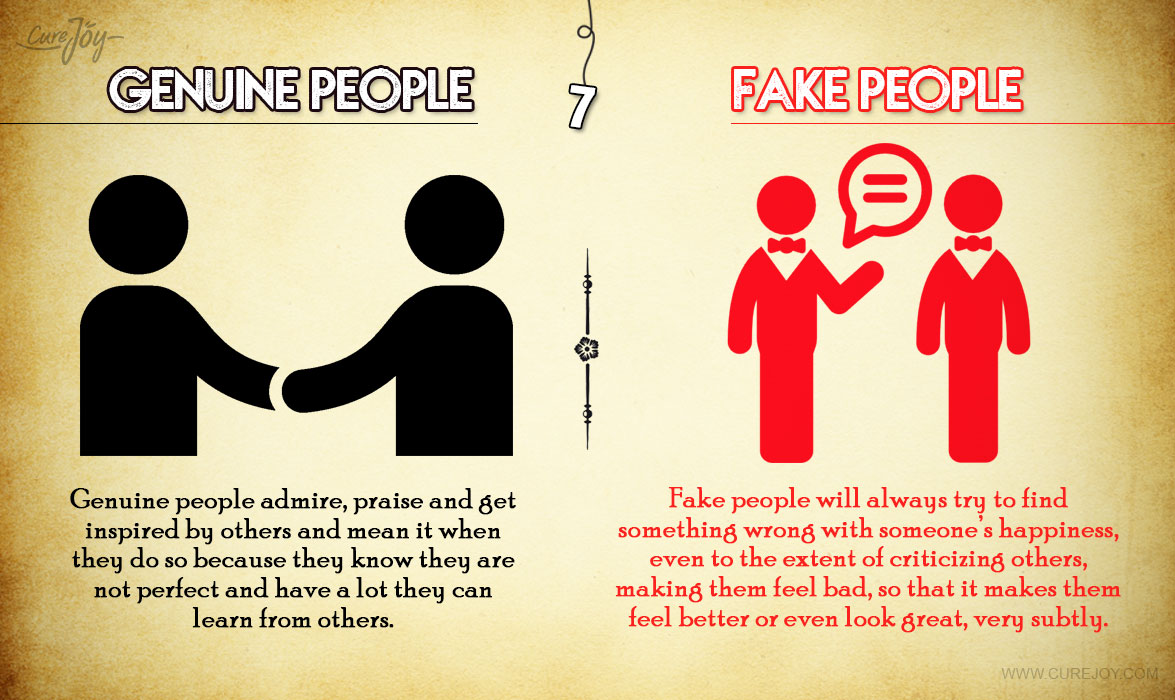 Genuine people admire others for their work, praise them, and learn from them. They know that they are not perfect and they can learn a lot from others. However, fake people always try to find something wrong with someone’s happiness. They criticize others, and make them feel bad. They feel great when they find mistakes in other’s work. 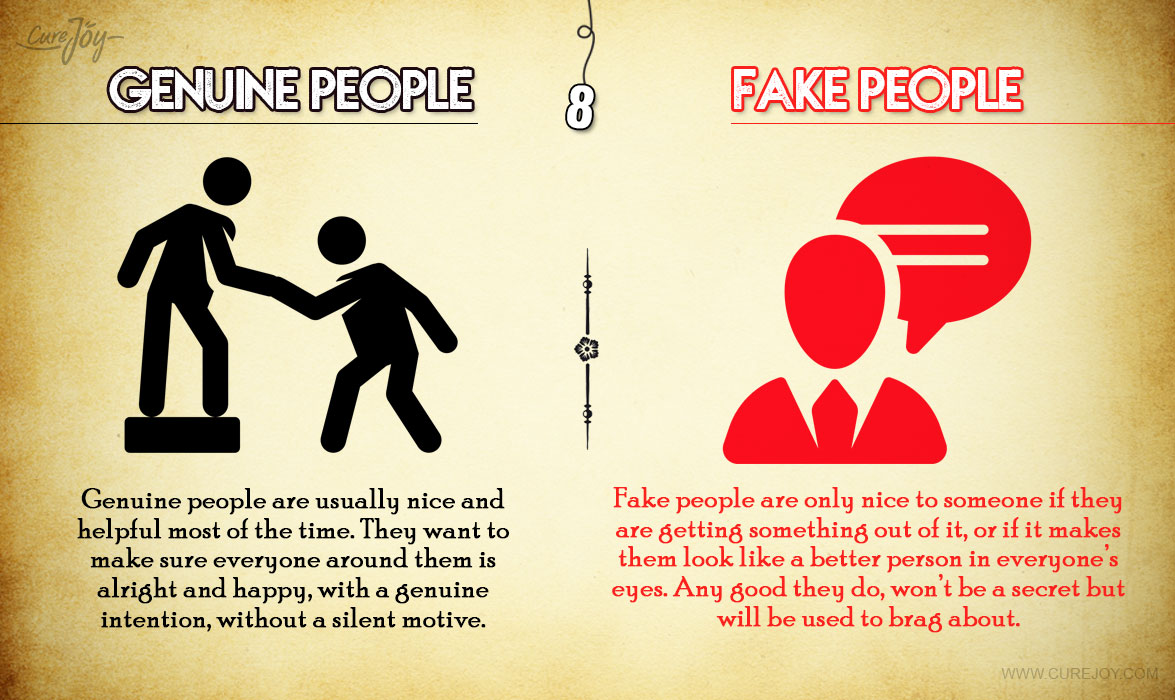 Genuine people are nice, and they would like to help you most of the time. They want to make sure that everyone around them is happy with no personal reason behind it. Fake people are only nice to someone only if they are getting something from them in return. If they do any good, they’ll brag about it all the time.

Read next: Pick a Feather and We will Reveal What you Truly Seek and Desire 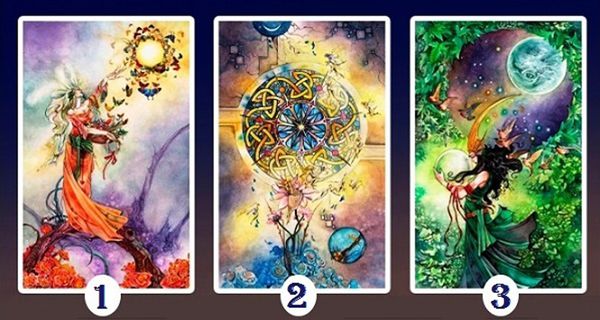 Here are three different types of fairies, each with a diverse set of characteristics! The one you feel drawn to can reveal a lot about your personality! 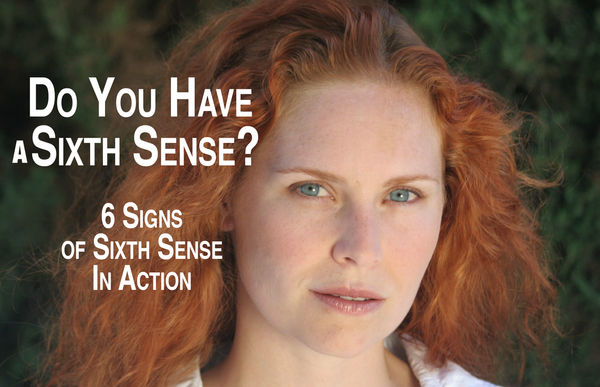 Everyone has sixth sense or extrasensory perception, though most aren’t aware of it. Here are six signs of sixth sense in action.