However we choose to recognize the power of Angels, acknowledging that they have a part in our existence is the first step to accepting that we are more than what we think we are.

We are all connected by this universal energy, most religions support the theory that Angels exist, and make many references to them in the Holy Scriptures.

I thought it would be interesting to do some research, and share with you, what I find. I will give you some brief examples of the different ways Angels are viewed by different Religions.

Believe that Angels are messengers and carry out Gods will, and that they are most important in their Gospel role of ministering and assisting the disciples, they are created as spiritual beings-not as humans, however they can take on corporeal form, if doing so will help them do their work on earth, they are gender-less and invisible, providing guidance and assurance to mankind. However not all Angels are good, Satan, or Lucifer as he is also known, is a rebel Angel and is a constant threat to mankind and all that is pure. All biblical Angels are important.

Angels and Archangels are part of a hierarchy of nine body-less powers in orthodox tradition, they are workers and messengers of God. They are described in a physical way as the form of a man or being six winged, of all the nine types of spirit beings the angels are closest to man, appointed to guard and help believers. The hierarchy is divided into three levels. The Seraphim are the closest to the Holy Trinity. The most important of all the archangels is Michael, the other archangels are Gabriel, Raphael, Uriel, Selaphiel, Jehudiel, Barachiel, Jeremiel. Satan is a fallen angel.

Angels are intermediaries between God and humans, in addition to their roles as servants and messengers, they also attend Gods throne. Catholic angelology formulated by St Thomas Aquinas outlines a hierarchy of nine choirs of angels divided into three groups, the first group are, the Seraphim, Cherubim, Thrones; The Dominions, Virtues, Powers; Principalities, Archangels, Angels. The Catechism of the Catholic Church declares: “The existence of the spiritual, non-corporeal beings that Sacred Scripture usually calls ‘ANGELS’ is a truth of faith” their most important function is to attend God’s throne. Angels are pure spirits and remain incorporeal forever. Traditional Catholicism teaches that angels speak “within” a person, not to them, thereby maintaining their spiritual nature. Everyone has their own guardian angel, they can intervene in our affairs to help us, they can influence our senses and imagination but not our will, they stay with us always from infancy till death, and we are surrounded by their watchful care and intercession. Gabriel is the archangel that told Mary she was going to give birth to the son of God. Michael’s role includes fighting evil, and rescuing souls, he will be present at the end of the world. Raphael is the angel who helped Tobias cure his father of blindness in the book of Tobit.

Lucifer is the fallen archangel, who with one third of the angelic host, was cast out of heaven for the sin of pride, he presides over hell and is said to seek and lure mankind to sin.

Angels or( malachim) are messengers of god who help carry out gods work and plans, they are purely spiritual beings who do not have a physical form, however Biblical angels can take on physical form, though Maimonides, the great Jewish sage and biblical commentator, states that physical descriptions of angels were metaphorical. Angels intervene in stories in the Torah the first five books of the bible written by Moses they are Gods messengers. There is no angel worship in Judaism and Jews believe that only God determines what happens on earth, angels just carry out his work. Traditionally, Michael is the guardian of the people of Israel, he carries out Gods mission of kindness, Gabriel is the angel of judgment and strength, Uriel is an angel who illumines the right path, Raphael is a healer .

Does not specifically refer to angels, it does have many different types of spiritual beings who act in a similar way an example of this is the Devas literally “shining ones” who inhabit the higher astral plane. Asuras, evil spirits or Demons, are fallen devas, they inhabit the lower astral planes, the mental plane of existence. However If they do good they can be reincarnated into devas and do not have to remain in the lower plane. Apsara are heavenly nymphs, seductively beautiful. Angiris preside over sacrifices, Lipika regulate karma. Devas often look like royalty, stately and handsome, Apsara are spiritual beings who are often depicted in physical form they escort brave Hindu warriors who were killed in battle to heaven.

Angels (malaikah) play an essential part role as messengers and intermediaries from Allah to the world beginning with the angel Jabra’il (Gabriel) who revealed the Qur’an, Islam’s holy book, to the prophet Muhammad. Angels do not have a real physical shape although they can materialize in different forms in dreams and visions, their true form is incomprehensible to humans. It is believed that everyone has two guardian angels in their lives. The most important angel is Gabriel (Jabra’il) because he revealed the Qur’an from Allah to Muhammad, Mika’il, (Michael) patrols the Israelites, Israfil will sound the trumpet on the last day, Izra’il is the angel of death, Munkar and Nakir are two who visit graves and test the faith of the recently deceased. Shaitan the Muslim equivalent of the Devil also called Iblis, Shaitan is the source of evil in the world he is not considered an angel but a member of the jinn, invisible spirits who can be good or bad Shaitan tempts humans and tries to mislead them.

Angels are people who have lived on the Earth at one time and have been resurrected or at some point will be born onto the Earth, they are considered as messengers of God and “ministering spirit.” Those without a physical body have either not been born yet or have not been resurrected, they still possess a spirit body that is identical in form and appearance to a physical body. The Latter-day Saints believe that angels can appear to people in a very literal sense but do not believe that we each have a guardian angel. Angels are among us to do the Lords bidding, they can impart comfort, protection, knowledge, healing, warnings, but never in a way that interferes with our freewill. Mormons believe that their founding prophet Joseph Smith was visited by an angel who lead him to the book of Mormon (Moroni, once was human, he was the son of the Prophet Mormon, Moroni became an angel after his death). A golden statue of Moroni sits on top of most Mormon temples.

The Buddhist equivalent of angels is devas (spiritual beings by nature), or celestial beings, they are described as emanations of light energy, however devas are often depicted in physical form, there are many images of devas and dharmapalas, especially in Tibeta, Buddhist iconography, some schools of Buddhism also refer to dharmapalas or dharma protectors. In Tibetan Buddhism devas are considered to be emanations of bodhisattvas, or enlightened beings. Different schools of Buddhism have different important devas, they are often derived from pre-Buddhist cultures and religions and not from Buddhist philosophy. Devas do not interfere in human affairs, but they do rejoice and applaud when they witness good deeds being done in the world says one of the Buddhist teachers Lama Surya Das. In Thailand it is believed that devas approve of people meditating and they will harass people whose behaviour they do not approve of. The bodhisattva of compassion, known as Kwan Yin in Chinese and Chenrezig in Tibetan, is widely viewed as a sort of Buddhist angel, male in the original Buddhist texts but is represented as female in many Buddhist schools, she perceives the suffering of all sentient beings. It is believed, by some sects, reciting her name will summon her to help.

I hope you have found this information interesting, it is only a very brief look at how angels are perceived by each religion. I have wrote it very simply so you can get a rough idea. If you want to learn more about Angels and their place within religion, there are lots of good sources of information via internet and of course there are many books that have been written on this very topical subject. It still never ceases to amaze me how some of us can still dismiss the existence of Angels when there is so much written evidence throughout the centuries of them being among us. I hope you can find it in your heart to have an open mind. God Bless. 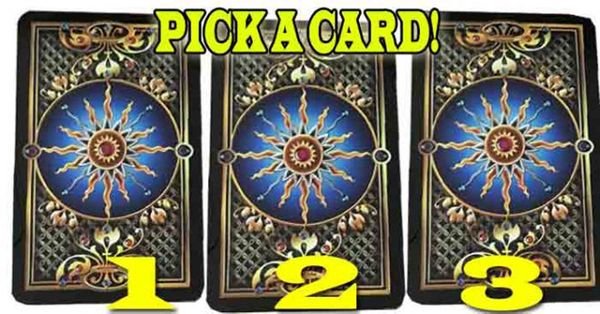 Pick a card then read the message it has for you in this moment of your life. 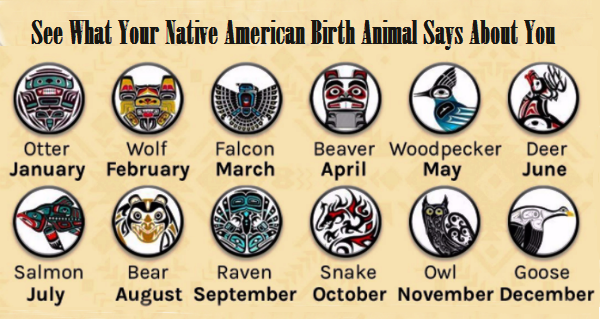 Some Native American symbolism uses birth animals to encompass character traits and descriptions of the personality. Find yours.