Saint Michael is an Archangel whom Holy Scripture describes as one of the chief princes. He led the forces of heaven against Satan and his followers, triumphing over the powers of hell. The name Michael means, “Who is like God?” Saint Michael is honored as a patron and protector of the church. The most well-known passage about him in the Bible is in the book of Revelation:

And there was a great battle in heaven: Michael and his angels fought with the dragon, and the dragon fought, and his angels. And they prevailed not: neither was their place found any more in heaven. And that great dragon was cast out, that old serpent, who is called the devil and Satan, who seduceth the whole world.
-Rev. 12:7-9

Saint Michael appears in the Bible three other times as well. Another popular passage can be found in the Old Testament, in the book of Daniel. This passage refers to the end of times: 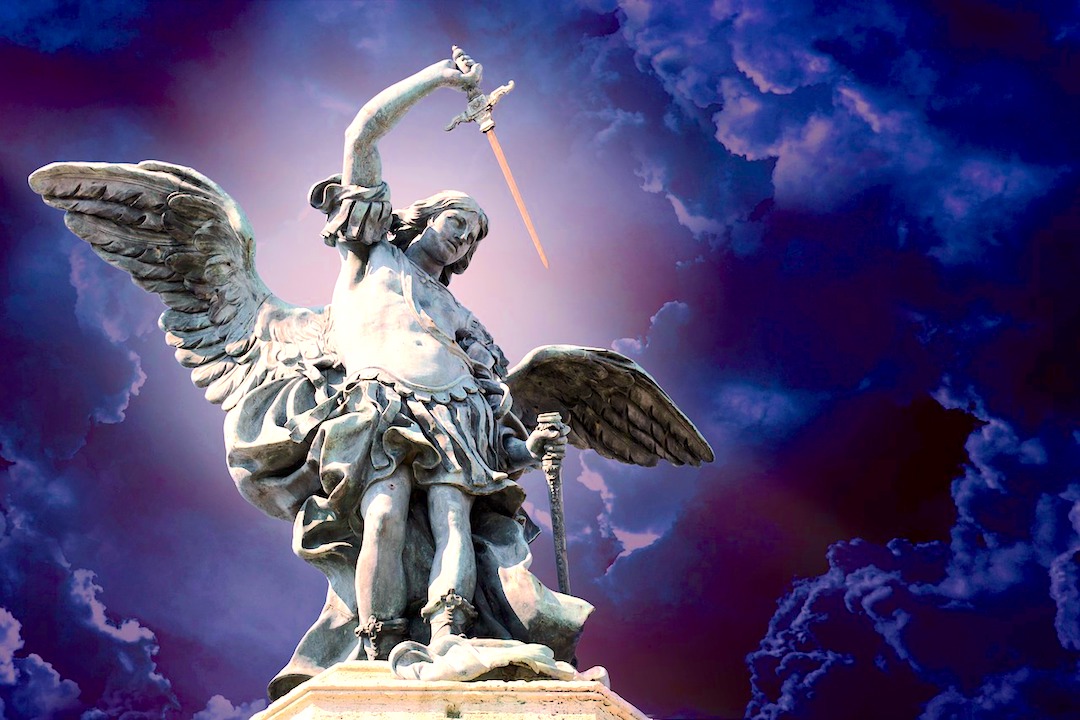 In Roman Catholic teachings, there are four main roles that Saint Michael fills.

His first role is a leader of the Army of God. His second role is an angel of death.

Saint Michael descends upon people during their final hour and gives each soul an opportunity to redeem itself. He then carries the souls of the deceased to heaven. In his third role, St. Michael weight souls in his scales, which are perfectly balanced. In his fourth role, he serves as the guardian of the Church.

St. Michael has often been depicted in art and literature throughout history.

In John Milton’s epic poem Paradise Lost, Michael directs the army of angels to rebel against the forces of Satan.

He enters into personal combat with Satan and conquers him by wounding his side with a sword from God’s armory.

Saint Michael is often depicted as a warrior clad in a helmet and holding a sword and shield. Oftentimes he is seen standing over a dragon or a serpent, or a defeated Satan. Sometimes, he is shown piercing Satan with a lance. St. Michael is also depicted with Gabriel in many instances.

Saint Michael also figures prominently into architecture across the globe.

For instance, there is a statue of Saint Michael atop the Castel Sant’Angelo in Rome. The Mont-Saint-Michel exists in Normandy, France. There is also Saint Michael’s golden-domed monastery in Kiev. 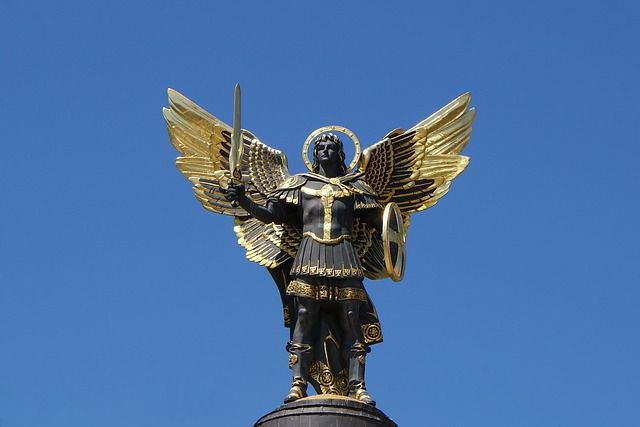 Many people will pray to Saint Michael, looking for spiritual guidance and protection from evil. When faced with a spiritual battle, Saint Michael is thought to provide safety. This often employs the use of a devotional candle, used both in the church and in the home. The candle’s flame symbolizes the prayer offered up to God.

In 1884, Pope Leo XIII wrote the Prayer to Saint Michael. He was inspired by a vision he had when he fell unconscious after directing mass one day. Supposedly during this time, Poe Leo XIII had a vision of evil spirits engaging in a fierce attack against the Lord’s church. It is reported that when he work up from his unconscious state he said, “What a horrible picture I was permitted to see!” He felt that it was important to write a prayer to Saint Michael that would help get through the upcoming century when Satan would have more power over the wicked. He asked that the prayer be said after Mass to help ward against evil spirits. The English translation of the Latin text reads as follows:

Blessed Michael, Archangel,
defend us in the hour of conflict;
be our safeguard against the wickedness and snares of the devil.
May God restrain him, we humbly pray;
And do thou, O Prince of the heavenly host,
by the power of God, thrust, down to hell, Satan,
and with him the other wicked spirits
who wander through the world for the ruin of souls.
Amen.

Source: this article was originally written by originalbotanica and posted on January 27, 2015 on originalbotanica
Please Note: this article has been re-posted without prior written consent by the original Author. Link to the original article and site can be found above this disclaimer. If you are the Author of this post and you think that we are not re-posting it under the realm of 'fair-use', please contact us at earthangelshouse@gmail.com 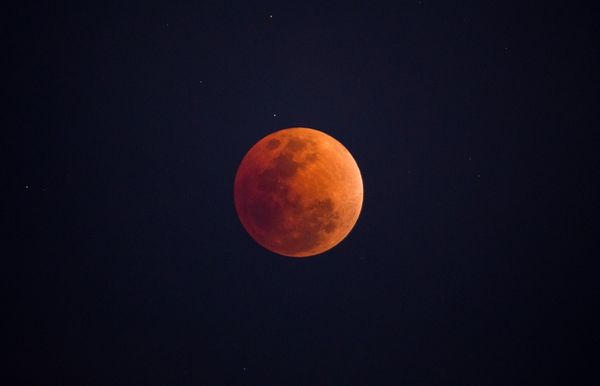 Millions of people throughout the world will be able to view a partially red-hued night sky coming up on January 20th. Are you ready for this spectacular event? 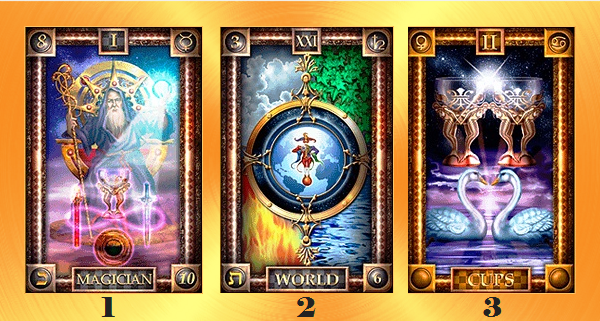 Your favorite card will tell you a lot about your future and the secrets of your personality.