It's that wonderful time of the year again!

We are all excited about what should always be a time of the year filled with love, happiness, and waves of laughter and pure joy.

And we hope each of us will experience a wonderful Christmas time, especially from a spiritual point of view.

But Christmas's significance does not lie in the material aspect of gifts, merchandise, and consumerism.

What matters is the spiritual aspect of Christmas and what comes along with it. The care and love for others, the sacredness of the birth of Jesus Christ, the presence of Angels, and all the good feelings that accompany us in the holiday season.

But…once we finish celebrating Christmas, what will we do during the holidays?

Rather than staying at home and gaining some extra weight while eating good food and lots of cookies, why not think of a spiritual trip to places where Christmas and Angels' values and spiritual significance last for the whole year?

Here are three suggestions for a beautiful Christmas trip to one of the three monasteries dedicated to the mighty Archangel Michael. They are all in the ley line that links seven monasteries in the world. The three ones we'll describe today are in Europe. Two in Italy and one in France.

These three sanctuaries are dedicated to the Archangel Michael and connected by secret symbols. From the imposing and evocative Sacra di San Michele in Piedmont (which inspired the Italian writer Umberto Eco for his famous novel "The Name of the Rose.") to Mont Saint-Michel in France, up to Monte Sant'Angelo in Puglia. Three beautiful places, all united by a cult, that of the angel who allegedly defeated Satan, reveal the deep ties between ancient and Christian cults. And above all, it tells the ancestral spiritual ties that unite Europe.

Join us in this spiritual trip, from the imposing Sacra di San Michele in Piedmont, then the evocative Mont Saint-Michel in France, to the heart of the cult, a true stronghold of Longobard power and faith: Monte Sant'Angelo in Puglia.

Learn more about these three spectacular sanctuaries, and choose the one that will be your next destination for an inspiring and uplifting Christmas spiritual holiday: 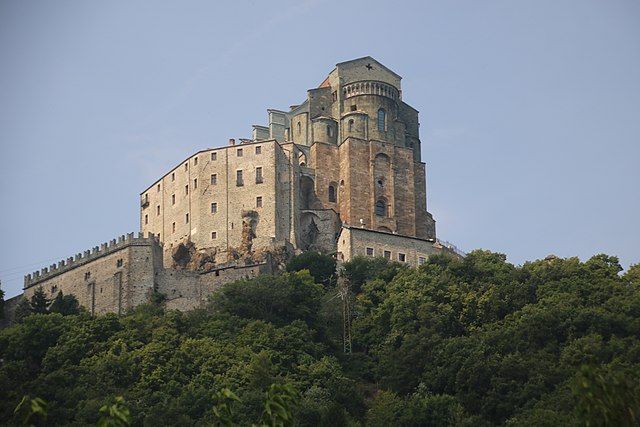 The Monastery of Saint Michael (in Italian: Sacra di San Michele) is located just a few kilometers from Torino, at the bottom of the Valle di Susa, in the Northwestern Alps of Italy.

💡
Founded on the rocky spur of Mount Pirchiriano in the Val di Susa (Susa Valley) between 983 and 987, the Sacra, also known as the Abbazia della Chiusa, is one of the sacred sites dedicated to the Archangel Michael.

The spectacular location of this Monastery, which oversees the entire valley from the top of a rocky peak, makes it worth a visit, especially when approaching it at night.

It's a place of prayer, stillness, and of meditation. Furthermore, Saint Michael's Monastery is important for another spiritual aspect: it is, in fact, one of the seven monasteries in the world linked by a ley line. A 'mysterious' straight line that starts in Northern Ireland and ends in Jerusalem. It's called the 'Sword of Saint Michael.' More about this intriguing 'mystery' in this article.

Mont Saint-Michel is a rocky tidal island in Normandy, France, most famous for the spectacular Christian Monastery that was first built there in the 8th Century.

Like its holy patron, Mont-Saint-Michel reflects the harmony and sacrality of the union of the religious and military spirit. Easily one of the most recognizable landmarks of Christendom, the abbey-fortress on the Norman coast of France traces its origins to the VIII century when St. Albert, bishop of Avranches, was instructed by Saint Michael in a series of visions to build an abbey on the island.

This beautiful monument is also in the ley line that links seven monasteries worldwide, like the previously mentioned Sacra di San Michele.

Due to the tides, it stands in complete stillness and temporary isolation from the mainland. Therefore, it allows the visitor to detach from worries and negative thoughts, making room for inner silence and peace.

More than three million people visit Mont Saint-Michel annually, walking across the causeway approximately one kilometer off the coast. 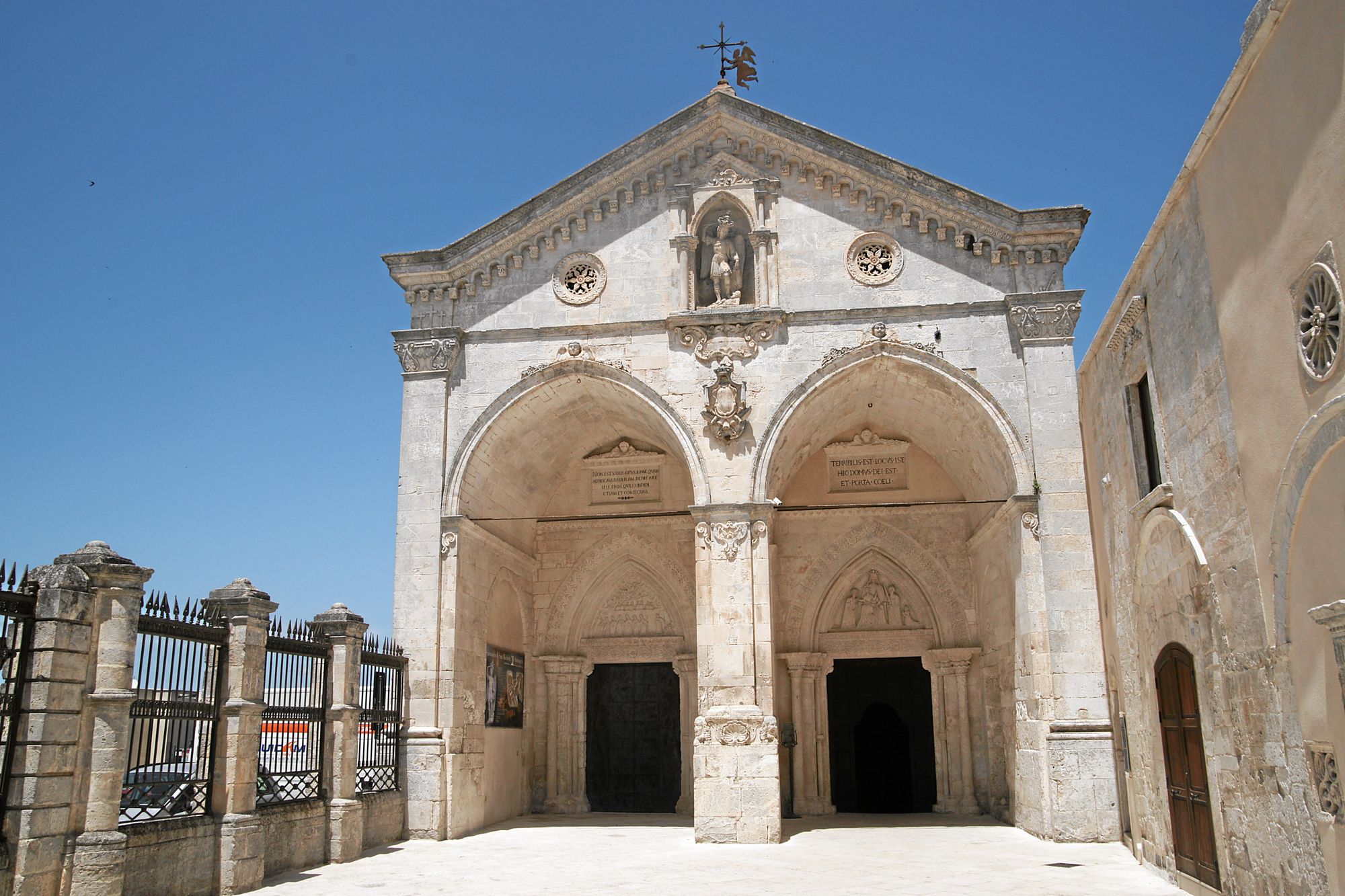 Like the other shrines, the Sanctuary of Monte Sant'Angelo sits high above the surrounding countryside. However, aside from being the oldest shrine of Saint Michael in Western Europe, it is unique because the Archangel himself consecrated it.

💡
It is, in fact, the only building of worship in the Catholic Church that man has not consecrated.

Here, all the power of Saint Michael is perceptible.

A miracle associated with the shrine took place when a large army besieged the local town. In what seemed a hopeless situation, Saint Lorenzo, the bishop, beseeched Saint Michael for aid in battle. The Archangel appeared to him and assured him of victory. Saint Michael appeared to the bishop and promised that the city would be spared if the townspeople would attack the enemy in faith, so it happened.

In due time, the church earned the distinction of "the Celestial Basilica."

In the beauty of the three sanctuaries, architecture and nature remind us not only of the inexhaustible charm of legends but also of the deep bond between men and Archangel Michael.

Enjoy your next trip! And again, we wish you a Merry Christmas. Amen!

Read Next: The History and Legend of Santa Claus Uncovered