Michael, strong and fierce, appears as a handsome man. He is valiant, but he is not what most people think. He is humble and wise. He leads with love and with knowledge. He is the epitome of the divine.  He is soft, but he is masculine, and he has a heart of gold. Michael has been known throughout many cultures, under many names, but his dominion is not of this earth.

He is another world, but his commanders in this world’s higher domains, are still in his command.

Therefore, he crosses portals to make his appearances. He has even come in as a human for reincarnation several times, as did Metatron. This was to reinstate love and being within. He is full of the wisdom of all heavens, but Metatron has it recorded, while Michael is the leader of those who makes up the grand design.

He is omnipotent, everywhere at once. He works through his people as a deity and messenger to other worlds. He serves as master of the Northern Spheres, under the 8th dimensional King. Michael is archprestige, this means that, besides the children of the divine higher than him, there is no commander higher than he. Not for the spheres here, that is.

Names are one-word descriptions out there in the heavens. His name means “who is like God” because he bears both attributes of the highest. Female and male energies. Then his name was changed during descension to “Emmanuel,” which then meant “God is with them”, because “who was like God” would become “God is with them” because Michael would bring the likeness of the Creator’s energies, to Earth. In his incarnations, he was Krishna,  and Yeshua (Jesus), to name a few. He taught the exact meaning of his number... By his human example.

Michael’s number is  6. Many did not know this. The system is all confused nowadays. But his main vibration, (angels can work on all if they need to), is 6. Six is the pattern of being responsible for others. It is, caring,  being a good teacher, and survival with the conventional. It is a provider, protector, and healer. The wisdom is that of an idealistic, selfless, honest, charitable person,  by being faithful, providing nurturing love, giving truth, reestablishing order, and rising above society and its economy.

Using wisdom but with emotional depth, curiosity, and having a deep love of home and family that anyone you come across becomes family, with that open heart connection. It is being a humanitarian, giving endless service in an unselfish way. Showing and living by the balance in peace with self-sacrifice, empathy, sympathy, unconditional love, grace, simplicity, and the ability to compromise. It is providing answers but knowing the imperfections and having patience. This was his message in both forms.

However, like all pantheons, there is always another higher God above him, as is true. He is the highest ranking Prince, though, and a deity himself.  He is brother to Samael. Yeshua/Baal symbolism.

Legion: The reason Michael corresponds to the light is that he is the bringer of light. Light like the sun symbolizes. To the ancients, light represented being able to see all, To realize all that is visible.  He has also been called the morning and the evening star, and Lucifer the light bringer, as both are ruled by a sun that is always visible, Venus. Venus is the planet of love and bright in light, thus the New Age term, love, and light. This is a day in age that worships the bringer of light. Although, since early churches did not want everyday people to access illumination, they made this sound evil and kept the truth to themselves, accessing the light but for all of the wrong reasons, like control and power. Since he bears the light, he can transmute any ray. His colors represent the light that he represents. Blue (Venus), or Red, Orange, and Yellow, like the sun's fire. The Sun is also a light bringer. The sun is responsible for all life on the planet. He could call any beings in his heavens, having more to command than any other. He commands the other commanders, the most powerful in the angelic kingdoms.

Flowers: Flowers for Michael are orange tiger lilies, orange lotus, red carnations, or  Yellow Jessamine. I just got some for my garden too! Reverence is key.. Anyhow, those are his flowers of fortune.

Scents: Jatamansi, or Su he Xiang, are musk scents our beloved Michael loves.

Michael has for ages been a revered saint. But, many have not seen his truth, that he is much more. His message, while in human form, has each time been distorted by leaders who manipulate its purity to meet their agendas. Michael will appear in matrix energy of static blue, white, and yellow, with an orb that is a white center with yellow and blue all around it, the static in the energy around this huge beacon of light. It is bright light a spotlight when he appears, then looking carefully with this blinding light, he appears to have the face of the lion, as Michael is a Seraphim and of a feline race.

His energy is very high and always comes with the room shaking. He can try to appear in human form, when he will have whitish hair and white eyes, surrounded by the blinding colors of blue, white, and yellow, around his glittering apparition. When speaking, it sounds like a trumpet blaring in frequency, but if one is psychic in having the ability to hear spirit, they will be able to hear words instead. Michael’s day is on Sunday, and he likes noon as his time of the day.

In heaven, Michael dwells in the center of the Universe on the 7th dimension. This is because, his superiors are in the 8th and 9th, with the Mother and father energies in the highest.

His appearance is like a flame of white, gold, and blue. He is beautifully perfect and is also described close to how I have seen him in the scriptures,  Revelations 1:13,   “son of a man dressed in a robe reaching down to his feet and with a golden sash around his chest. 14 The hair on his head was white like wool, as white as snow, and his eyes were like blazing fire. 15 His feet were like bronze glowing in a furnace, and his voice was like the sound of rushing waters. 16 In his right hand, he held seven stars, and coming out of his mouth was a sharp, double-edged sword. His face was like the sun shining in all its brilliance.”

This is his association with Pleiades. A bull, a lamb? The seven stars in his right hand. In ancient esoteric teachings, Taurus is not a bull.. it is a hand. And the Pleiades is in it, with the hand pointing 33 degrees. 33 was the age that Jesus ascended, according to the symbolism in  Masonic teachings, adding a lot of wickedness to the teachings. Yeshua, he was, in fact, Michael… This is why in Revelations, he called as such.

It was used, though, in reverse psychological and spiritual teachings. There is a great deception going on in this world. The anti-Christ tries to rise, to fight the Christ consciousness.  They mixed anti-Christ and Christ Consciousness up to confuse people. I am teaching this in my Truthology course.  However, Michael is often associated with God, not as an angel. I have no idea why people study angelology and hide this fact. The truth of the angels compares to all of the other stories of the Gods, but in a lesser celebrated form. Michael is the Sun. Marrying the light in Venus brought forth the birth of the Solar System.

He would be the commander and chief because he governs the entire solar system of huge souls as a Source of Consciousness. But there is another son or Sun.

Below is a message from Michael.

“I am  Archangel Michael, also known as “who is like God,” due to being responsible for showering the energy of God down on those who long for it. I operate the Blue Color Ray and use it to protect, defend, and clear away all of the old you may wish to get rid of for newness to come your way.

I often work through the stones Angelite and Celestite so you can access more of my power.

I come here today to give my message of truth to the nations. In what I have to say, do listen. Since the great rebellion,  humankind has used my former brothers and sisters' sacred teachings in a destructive way. It is the carelessness of mankind that has your world to be filled with sickness, negativity, and corruption.  It has worsened throughout time and is at its climax now. Yet, there of those of you who choose to remain blind. The elite groups, and those in authority, push technology onto the masses to be overly occupied and will never be able to see the reality of this great spiritual war that is going on right under their noses. Open up thine eyes, and look at the scene set before you!

The violence, crime, and desolation of Earth. All by means of pollution, and the hatred accompanied by greed, has made Earth the cancer of the Universe, without remedy. This is why I am here. To restore the Earth to an even higher vibration that everyone will shift into. I have hundreds of thousands in servitude to this cause.

I will send shocking revelations in the form of energetic, electromagnetic changes that will be so obvious. And I will gain this planet’s attention just as I do when I am responsible for earthquakes, volcanic eruptions, hurricanes, and tornadoes. This is not to punish any of you. It sends more energy into the atmosphere and gives you the signs listed in the Book of Revelations. This is to show you that the prophecies foretold are coming true. God always does what he says and says what he means. Remain strong and steadfast in all you do. Seek more knowledge and wisdom, and be on high alert regarding everyone and everything during this age of deceit.

There are things hidden in plain sight that, if you pay close attention, you will notice and apply to your life to live a life of happiness. Do not follow the so-called religious leaders of this day, for they have become like the Sadducees of old, greedy and keeping sacred knowledge to themselves. They also work with those who are of darkness to cover the rest of the world in darkness while we all work so hard to promote light.

Live with great care! Continue to permeate love and God’s light inside of you all. And help aid in changes being made to the rest of the world!”

Read next: Archangel Michael Prayer For Guidance and Protection 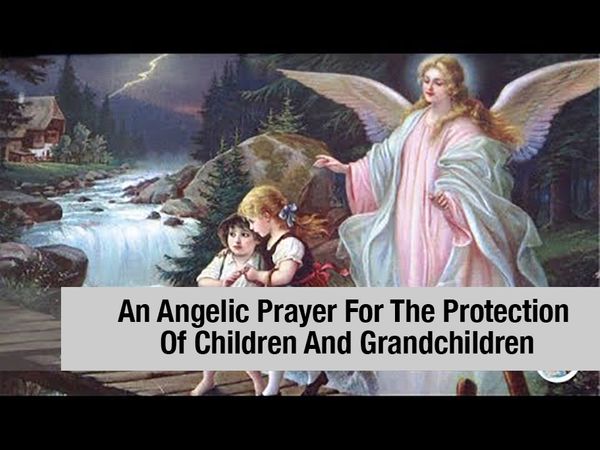 A special prayer to ask the Angels to watch over your children and grandchildren and protect them all along their life journey. 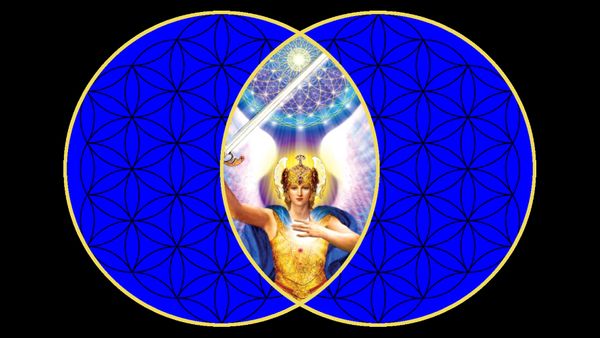 For many among us, stress and anxiety are a major cause of suffering. Luckily, You can break the cycle of worry with Archangel Michael’s help.