What is an Incarnated Angel, also known as Earth Angel or Human Angel?

There are, here on Earth, some very special persons.

Souls who are compassionate, always ready to help others, have the innate gift to comfort, inspire and uplift others because are gifted with an out-of-the-ordinary sensitivity. They are not ‘just’ human beings: they are Incarnated Angels, and you might be one of them.

Incarnated Angels (or Earth Angels or Human Angels) are Angels who have been sent to Earth in the form of humans to fulfill specific missions entailed upon them by God.

They are often called “Earth Angels” or “Human Angels” because they appear on Earth in the human form but are angels in their purest essence. They have a mission to accomplish here on Earth. Their presence and actions can change the lives of humankind for the better.

Before digging deep into this topic, let’s have a look at the definition of Angel and Human Angel as written in our book We Are Human Angels: The term “Angel” comes from the Latin word “Angelus” which in its turn, comes from the Greek “ἄγγελος” having the meaning of messenger, in this case, “messenger of God”. A Human Angel (or Earth Angel, or Incarnated Angel) is a messenger of Divine Love whose compassionate actions make a positive difference in other people's lives. Human Angels have made a commitment before their birth to work for a better world at this particular moment in which our planet is afflicted by dramatic events and changes.

The world of ego is now starting to collapse and the Human Angels have a task of love to carry out: reawakening human beings to the consciousness that, beyond the illusions of the ego and of separation, beyond conflicts and inequalities, there is only the Truth of the Oneness. Human Angels are beacons that simply being who they are, illuminating the darkness to help those still on the path to stay the course.

To do this, they cannot appear to us in their Angelic form. They must look human.
Incarnated Angels are here to give us ‘practical’ examples of how to live a fulfilled life. To do so, they have to appear to us in a human body. These angels can offer lessons and guidance to lead humanity to the right path.

Incarnated Angels are essentially souls who are sources of hope, inspiration, support, and healing. If, while reading this, you start recognising yourself in some of these qualities, you are quite likely an Incarnated Angel who has come here on earth to help those who need the most.

You are here to help and guide humanity on the right path and spread positive vibes, peace, and love.

If, for example, you always try to turn evil into good, you are just expressing your Angelic Nature. Incarnated Angels are here to tell us that a better world is possible. To do so, they choose to appear to us as wonderful human beings we should all take a leaf out of their book.

If you think out of the box, look for the best thing to do for others, and do not care about yourself, you are not a loser or an ‘inferior’ human being. You are one of a different kind and you are just showing the right path to those who choose to see it. Incarnated Angels will, sooner or later, come back to their Divine State of Being.

But they cannot leave this planet until they have fulfilled their mission.

Earth Angels (or Incarnated Angels, or Human Angels) are those of us whose souls seem to come from another dimension. At their core all Earth Angels are selfless and passionate and their presence is calming and reassuring. If you are unsure if you are an Earth Angel or know somebody who might be one, check out the signs below.

They all point towards someone being an Earth Angel/Incarnated Angel/Human Angel, so if the signs below apply to you, then you most likely are one!

1. You are an Empath.
You easily sense other people’s emotions to feel them as if they were yours. But you always look beyond appearances and see the purity and the goodness within every person you encounter, and you do not care who they are and what they have done.

2. People tell you that you’re an Old Soul.
Believe it or not, you radiate love, awareness, and wisdom beyond what your age lets on. Everyone around you recognises that you have special qualities.

3. You need to take some time just for yourself.
An Incarnated Angel does not want to spend their entire existence here on Earth surrounded by other people at any given time. You know that spending too much time with the company of others makes you feeling drained and weak both emotionally and physically. You find solace in solitude, and you truly need to spend some time alone, in complete silence. It’s a time when you can meditate and process your emotions.

💡
Time spent alone restores your inner balance and prepares you for whatever comes next.

4. You feel drawn towards a certain purpose in life.
All the ego-driven things such as money, fame, fortune simply have no appeal to you. You live with honesty and integrity, even when this means going against your personal interests. What you really want is a career that is mentally and spiritually fulfilling. Many Earth Angels have an overwhelming desire and need to be able to help or heal others, and so they often end up as the following; doctors, nurses, firefighters, EMTs, therapists, counselors, psychiatrists, teachers, acupuncturists, social workers, and so forth.

5. You are highly sensitive.
You easily feel emotional and moved to tears. You tend to take the responsibility for other people’s feelings. You easily sense other people’s emotions to feel them as if they were yours.
Oftentimes you find yourself overwhelmed by all the suffering and problems you see in the world because you have never liked any kind of imposition or rules. It affects you greatly and is a source of frustration and anxiety. You feel that you never do “enough” for others and feel sorry about it.

6. People ask for advice and guidance.
You have the innate ability to ‘attract’ people who come to you with their problems because they know they can trust you fully. You will both listen to them and help solve their problems or work through them. You have the ability to read people and know what is hidden within their hearts. It is no coincidence that even complete strangers will initiate a conversation out of the blue about their troubles, and you always take the time to hear them out and respond with love.
In fact, you love being able to help people past their issues. This is one of the most powerful signs that you are an Incarnated Angel.

7. You refuse any form of violence.
Since childhood, you have never been able to stand injustice. In your heart there is no room for hatred and resentment. You believe in the healing power of Love.

8. You have vivid dreams and often daydream.
When you dream, it’s intense and life-like. You easily enter a kind of hypnotic trance and allow your unconscious thoughts to rise to the surface. It’s also likely that you space out a lot and fantasize about metaphysical things.

If you recognize yourself in the majority of these points, you are an Incarnated Angel, ready to bless this world with your presence and with your actions.

Read Next: Which Is The Most Powerful Of All Angel Numbers? 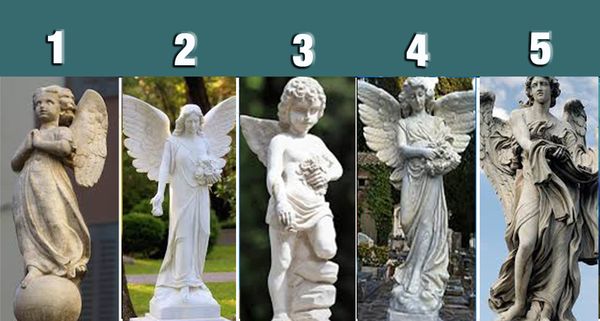 The messages that come from our Angels are always for our highest good. Their divine guidance is truly for our very best interest. So take a look at the 5 Angels in the picture and choose one that speaks to your soul. 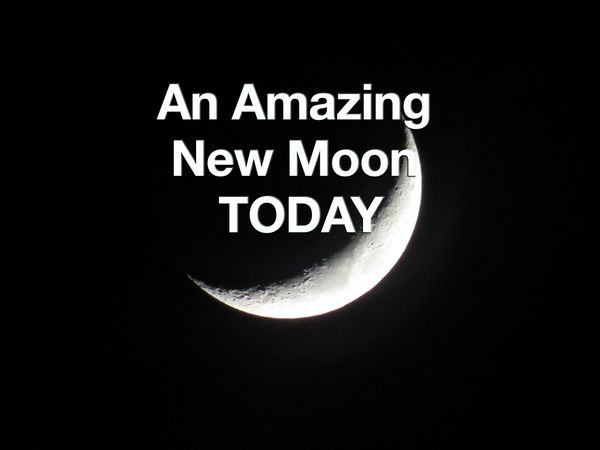 How will April 23th's Powerful New Moon impact each of the Zodiac signs in these challenging times?