Prior to our earthly journey, we pick a specific role to play. We don’t pick this role consciously, but rather as a type of energy that our soul intuitively chooses with a purpose to evolve even more.

This role shapes our entire journey and influences greatly in who we become. Our strengths and weaknesses go around this role, as well as the behaviors and attitudes we have towards others.

This role is described as a type of ‘soul.’ And there are seven different types of roles we possibly take on.
These are the roles of a Server, Artisan, Warrior, Scholar, Sage, Priest, and King. Each of these has its own flavor that helps us evolve in a certain way.

You can almost say that these are sides, like left, right, up, down, front and back, but on a higher dimensional level.

Each of these stretches your soul in a different direction so it can grow and expand. 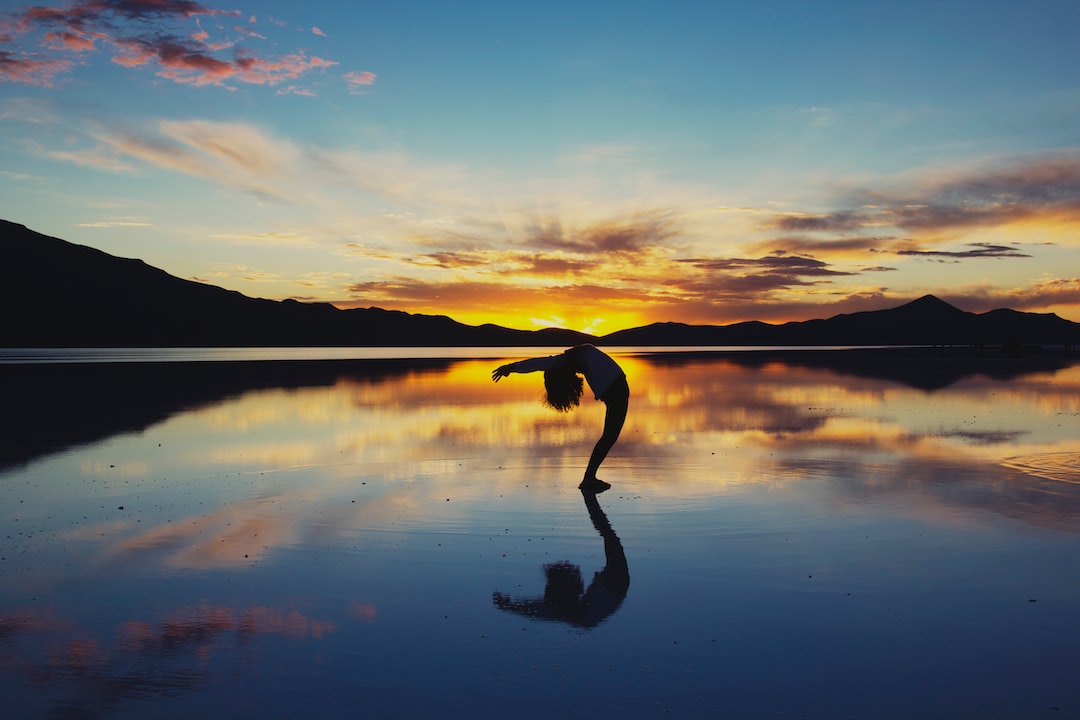 The Server’s primary trait is being a natural caretaker. Servers seek to make the world better by doing everything in their capacity to help people ease their sufferings. They’re always on the lookout for those who are in need to offer a helping hand.

However, Server’s tend to be abused because of their excessive generosity. People forget that Servers are also humans who have their own needs. On the other side of the spectrum, they can be really manipulative.

They may be found in the medical fields or public service, such as social workers or politicians.

If you think you’re a Server, be not overwhelmed by trying to fix everyone’s problems.

Servers comprise 30% of the population.

The Artisan is a creative individual who is skilled in expressing the thoughts they came to ponder.

They enjoy being original and productive.

Artisans feel a primal urge to create something, ANYTHING. Their creations can range from handicrafts to a piece of poetry to a scientific theorem. While artisans thrive in the fine arts, their creative juice can be directed at anything.

Artisans are responsible for all the cool gadgets, stunning pieces of arts, and advancement in technology. 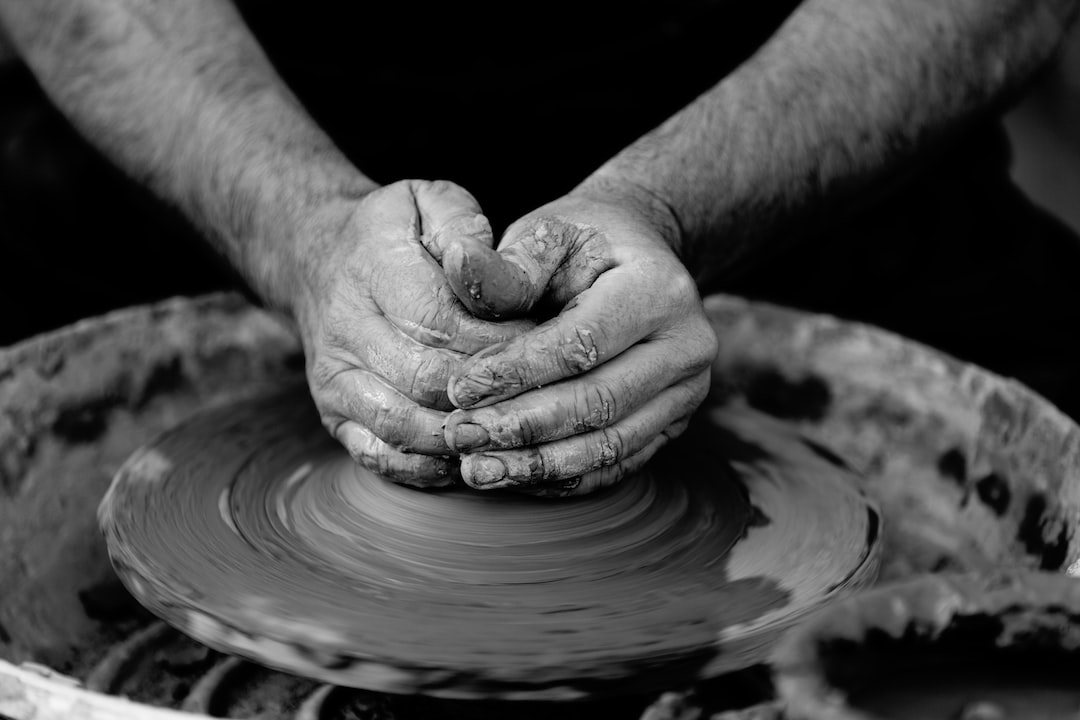 They form 22% of the population and are seen as the artists, engineers, architects, mechanics, and others who display considerable skills. 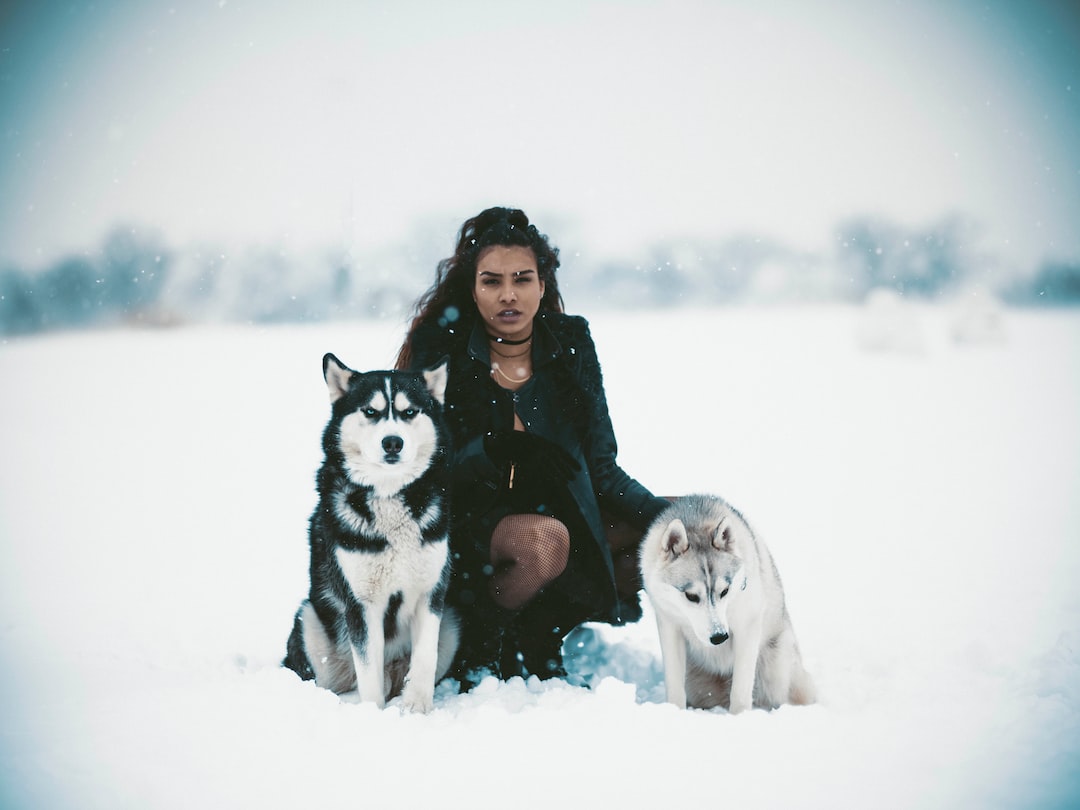 True to their name, the Warriors are the active type. They love to overcome challenges to achieve their goals and dreams.

They enjoy hard work and find delight in being rewarded for it. They have indomitable spirits and withstand thorough punishments.

Warriors typically have strong, muscular bodies that are ready to go to battle, either physically or idealistically. They often have low voices and appear grounded and solid.

Sometimes, they could be notorious and show short fumes and blunt attitudes which others find intimidating.

Warriors hold 17% of the population. They are the athletes, soldiers, and salesmen to name a few.

Scholars are naturally born curious. They enjoy accruing as much knowledge as possible. Because of this treat, they never struggle in the academic world.

They may be easygoing in nature, yet are found to be very methodical and adventurous in their intellectual pursuits. Scholars may go to great lengths to acquire knowledge about a subject, even endure personal sacrifice for the sake of knowledge.

Scholars are not fond of public displays of emotion and avoid conflict. Their cold gaze is the biggest tell-tale sign of their role. Others might perceive them as arrogant or too analytic.

They love to share what they’ve learned with others though.

We see them in the 13% of the population. They are comfortable in the fields of science, math, and research. Most of them are masters of a subject or teachers. 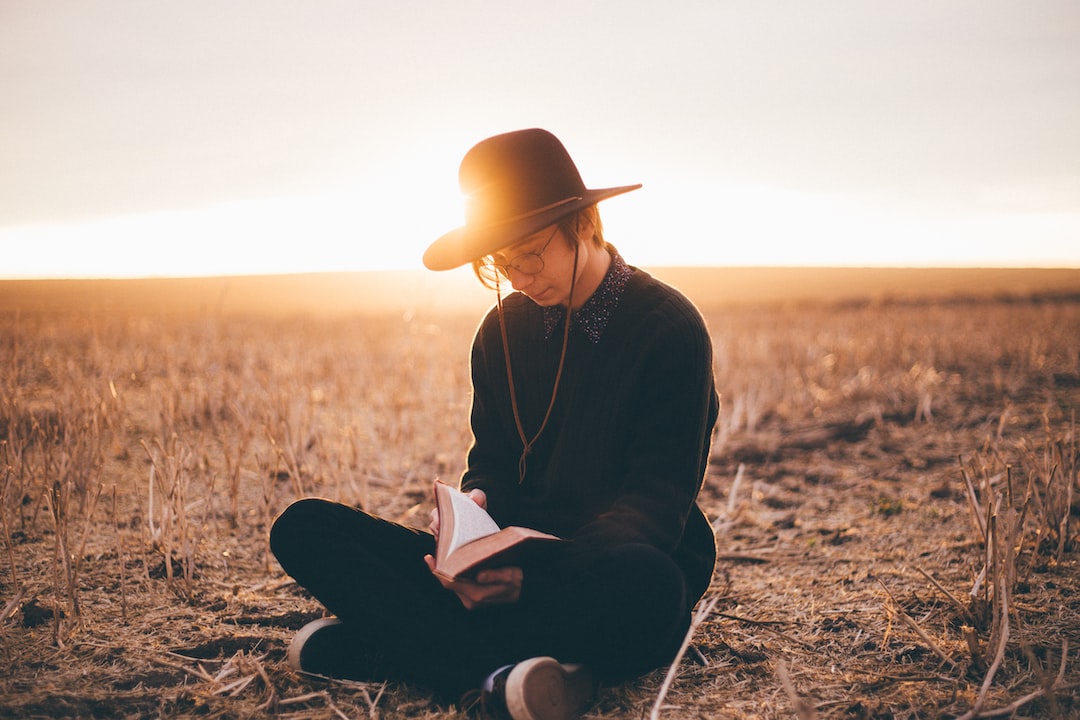 Sages are typically charming people. They keep people entertained by their charisma that entices almost everyone. They love to be in public and express themselves through art, music, and dance.

When a sage smiles their eyes dance with an infectious playfulness. They are generally humorous in their observations and rarely miss an opportunity to tell a joke.

Sages are skilled assimilators of wisdom, wanting to comprehend the world around them and then share it.
They are not always original thinkers, preferring to take ideas from others and add their own twist to them.

They could be arrogant when not given the proper attention and resort to dramatic tendencies in social circles.

10% of the population makes up these friendly and fun-loving folks. Sages are natural performers and make excellent actors, singers, and teachers. They improvise well.

Priests raise people up.
They enjoy the role of being a motivator and love to channel their inner strength to help others succeed.

They seek to raise consciousness and improve the world. Priests easily attract attention, either through their striking good looks or their fiery sermons. However, they are prone to having an inflated ego.

Priests are naturally compassionate, charismatic and draw a congregation to them, even if non-religious.

They bring inspiration and recognize the endless potential that people have. They inspire their followers to make positive changes in their lives.

These caring and compassionate individuals make 7% of the population. Most of them are public motivational speakers, coaches and spiritual teachers. 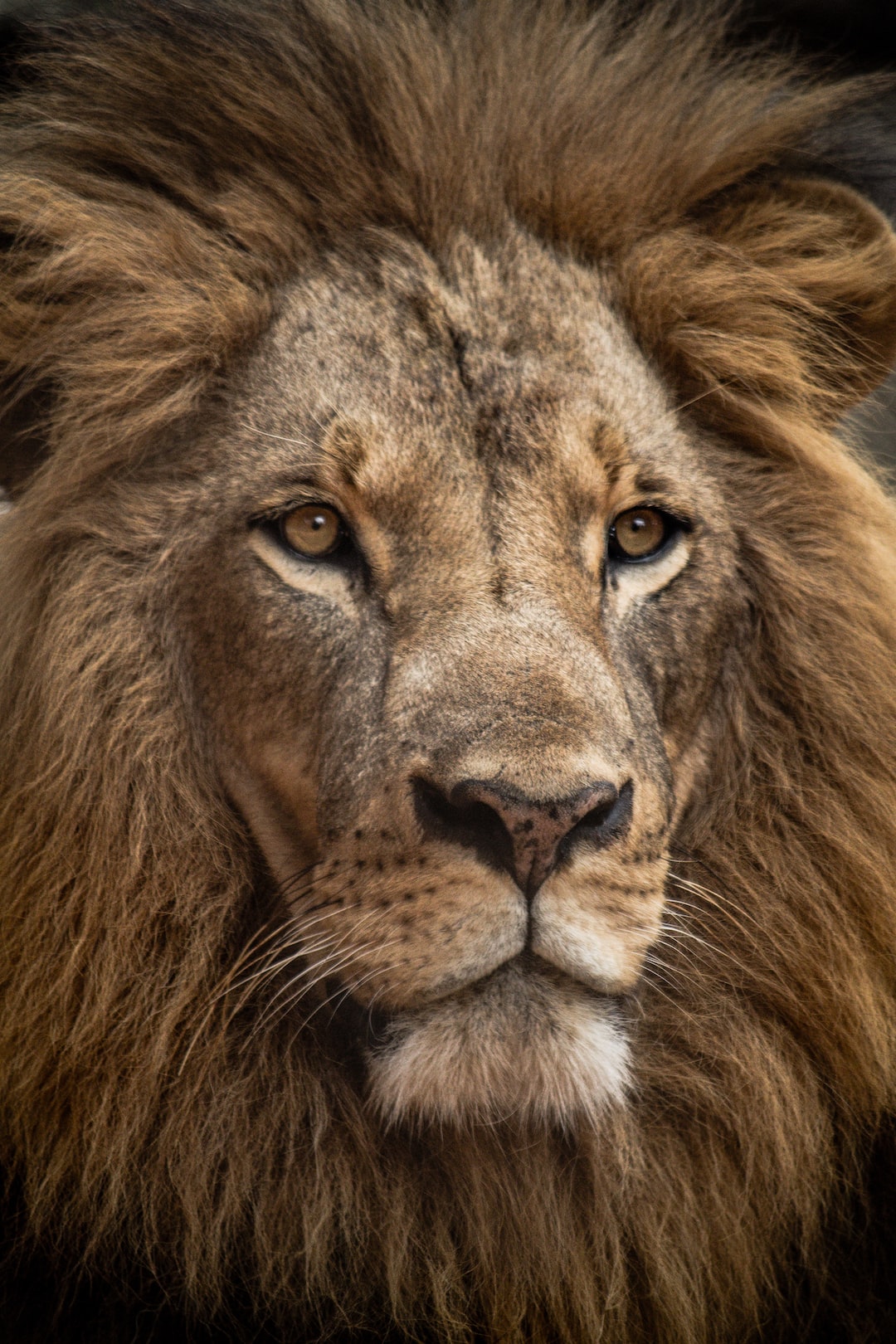 Kings are naturally born leaders.
They have a strong personality and are seen as assertive, commanding, making sure that things get done in a timely and almost perfect manner.

One key to identifying this type of soul is to look for an expression that seems concentrated, focused, and self-assured. King eyes are generally pointed, fixed, and unwavering in their directness.

Kings are so driven by mastery that they rarely abandon a task or new skill until they have completely mastered it. They are perfectionists and they demand their exacting standards from others.

They are good in problem-solving. Their drive for perfection makes them controlling, overbearing, and even merciless at times.
They are adept at seeing the big picture and are excellent at delegating jobs to the right people.

They make 1% of the population. Most of them hold positions in government and politics, and the higher echelons of bureaucratic hierarchies due to their addiction to mastery, perfectionism and almost psychopathic action taking tendencies. Not all kings will hold thrones but they often rise to positions of leadership in their chosen profession.

Most of us have 2 or 3 of these types mixed together. However, one type of soul is always most dominant in a person! What type of soul do you think you most belong to? 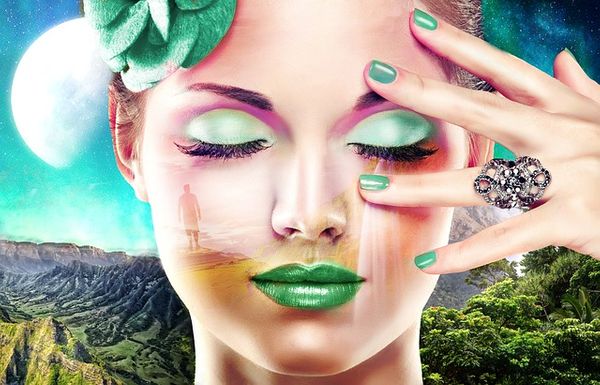 It’s no wonder people have been doing this psycho-dynamic test for quite a few decades in order to discover their inner subconscious loves, desires and fears. 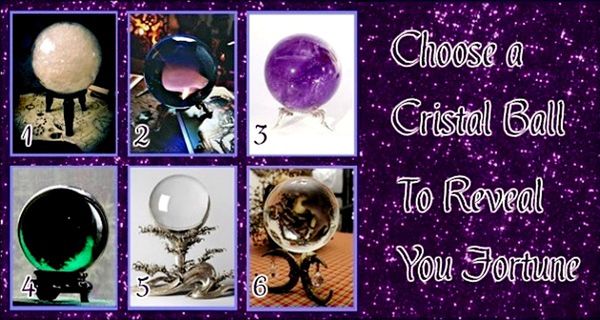 Future Telling. Your favorite crystal ball reveals what the future holds for you!