What does your blood type say about you?

Strike up a conversation in a bar or head out to a dinner party in Japan and the likelihood is that the conversation will, at some point, steer towards blood type (ketsuekigata血液型).

Foreigners are sometimes perplexed about this Japanese fascination with blood type, which is often used as small talk when meeting someone for the first time or getting to know them.

So why are you constantly asked for what outsiders may deem personal medical information?

Image by 200 Degrees from Pixabay

It is a widely held belief in Japan that your blood type determines your personality. This is a relatively modern concept as blood types themselves were only discovered in 1901.

The theory of linking blood type to personality first appeared as early as 1916 and was later taken up by the military who apparently used blood type to analyze the strengths and weaknesses of their soldiers, and reportedly organized battle groups during WWII based on blood type.

However, the idea largely lay dormant until it was revived by journalist Masahiko Nomi in the 1970s with his best-seller Ketsuekigata de Wakaru Aisho (Understanding Affinity by Blood Type).

He wrote more than 10 popular books on the subject until his death in 1981, after which his son, Toshitaka Nomi, continued developing the study through his own books and research facility, the Institute of Blood Type Humanics. The pair have been widely credited as bringing blood type personality theory into mainstream Japanese thinking.

The theory has been based on observational studies of people of the four blood groupings, and while there is no real scientific proof to the claim that blood type determines character, most Japanese believe that there is at least something semi-scientific about it.

So, what does your blood type say about you?

Let's look at the characteristics stereotypically attributed to each blood group.

Note that many tendencies are thrown around for each blood type, however, the following are major generalizations that seem to come up time and time again. Also note that blood typing, at least under the current theory, is not concerned with + or -, simply the major letter group.

Type A's are considered to be highly organized, particular, precise, pay attention to detail, perfectionists. They like things to be done a certain way, which can be perceived as annoying by others.

They also tend to be fairly quiet and shy, like to listen and follow along with conversations rather than leading them. Type A's are sensitive and take things to heart.

Type B's are easy-going, relaxed and bubbly. They are very honest and say what they think, which, depending on the circumstances, can be perceived as a good characteristic or as selfish.

They can concentrate but only on things that interest them, and have a tendency to go on about things that are of little or no interest to those around them.

Type B's might be accused of being “KY“, an abbreviation of “Kuuki ga Yomenai (空気が読めない)” which literally means that you “can't read the air” i.e. you are not picking up on social signals.

Type O's are your anything goes, personable, get-along-with-everybody types. Because of this, they are often viewed as good mediators or problem solvers.

They don't like to do tedious or highly detailed work. Type O's are big picture, visionary and self-confident. Although their over self-confidence at times may be viewed as arrogant. Interestingly, most Japanese Prime Ministers have been type O's.

The rarest blood type, AB's are often considered to have dual personalities: the precise and particular qualities of the A group along with the free-spiritedness of the B's.

They tend to be creative and inquisitive and, interestingly, most geniuses are said to come from the AB group.

So what about compatibility between the blood types?

A is most compatible with A and AB.

B is most compatible with B and AB.

O is most compatible with O and AB.

While the personable and ‘get along with everyone' O's keep the peace and the party going, you'll see they actually get along best with other O's and AB's.

Given the seriousness of A's and the care-free nature of B's, they are often considered to be horrendous love matches. TV shows and movies have alluded to the “all fun with no responsibility” stereotype of the B's driving their partner, more often than not an ‘A' seeking romance and commitment, mad.

On the flip side, AB's are said to be compatible with any blood type.

Just how seriously do the Japanese take blood types?

In a society that views itself as by and large ethnically homogeneous, blood type has become a socially acceptable way of differentiation. It is considered a comfortable way of categorizing difference.

While on the surface, it's simply a fun conversation starter that will inevitably lead to a guessing game as to what someone's blood type is based on observation of their behavioral tendencies, the answer is taken with a certain level of seriousness by the majority of the population.

It is said that one of the reasons blood type personality theory has taken off in Japan is that, unlike with many other ethnicities that may be dominated by two of the blood types, all four blood groupings are fairly evenly distributed. This makes the Japanese population quite diverse and thus this theory more interesting.

To get an idea of just how much this theory has gripped the Japanese public, take a look at some of these examples of how blood types permeate everyday Japanese life.

Blood type horoscopes or fortunes (katsuekigata uranai 血液型占い) predicting your day ahead can be found in daily newspapers, on television shows and on TV advertising screens on trains.

Pic by kalhh from Pixabay

Shopping for your blood type

In Japan, you can buy products for your blood type, such as soda, chewing gum and bath salts that apparently “balance out” the less desirable tendencies of your type. Even blood type condoms are available.

Dating sites, and indeed the population at large, use blood types to determine amorous compatibility.

Blood type has become such a popular identity marker that it is included on public profiles such as websites and social media platforms like Facebook.

High profile celebrities and government officials see their blood type as important enough to list on their official sites. I even visited a hair salon's website once that listed their hair stylists by blood type.

Anime (animations) and manga (comics) may also refer to their characters' blood types and have them behave in a stereotypical manner. Some video games also allow blood type to be chosen when building a character.

Blood type in sports and education

Pic by intographics from Pixabay

Professional athletes may have their training adjusted to their blood type. This was notably done with the Japanese women's softball team who won gold at the 2008 Beijing Olympics.

Some kindergartens organize their classes based on blood type and educate the children accordingly.

Don't be surprised if you are asked for your blood type during a job interview.

It is not uncommon for it to be used as a means of deciding suitability for certain roles and some companies have been known to organize their workers based on blood type.

There is an abundance of literature on blood types and your personality, offering advice on work, love and diet.

Masahiko and Toshitaka Nomi combined have sold more than 6 million copies of their books and in 2008, four of the top 10 best-sellers were books on blood types determining personality.

While it may be deemed harmless fun by many, as with anything that pigeon holes people, there is the potential for discrimination.

The Japanese have even come up with a term for it, bura-hara or “blood harassment”. It's been blamed for bullying at schools and work, and the ending of otherwise happy relationships.

In general, it's the B's that seem to get the hardest time for their blood type, especially in the world of romance.

In business, A's are the most highly sought after due to their work ethic, attention to detail and relative shyness, which means they are not too over-confident. They are deemed to be the best managers.

Pic by mohamed Hassan from Pixabay

Whether you believe there is something to the link between character and blood type or you think it should be put in the ridiculous pile, blood type conversations will be something you will encounter once you get talking to enough Japanese people.

When I used to teach in Japan, my classes would often ask me about my blood type on my first day. It was their way of trying to ascertain what kind of teacher I was going to be. Strict? Easy going? Lesson style?

Being brought up in a society where your blood type is a known fact from a young age and permeates public thinking, many (especially younger) Japanese people find it hard to believe that a foreigner may not know their blood type unless they've had a reason to find out.

While blood type may not have meaning for you, this topic is often considered a “social lubricant” in Japan, a ‘get to know you' topic used by way of introduction. If you don't answer honestly or mock this belief, it may be considered impolite or abrasive.

It is often believed that foreigners claiming not to know their blood type, must just be hiding it out of some kind of shame or embarrassment.

Read next: The Shape Of Your Palm Can Say Something About Your Personality

Source: this article was originally written by Jessica Korteman and published on SEPTEMBER 24, 2018 on notesofnomads

Jessica Korteman is an Australian travel writer, based in Tokyo, Japan. Never without a pen and paper, you'll most often find her delving into the world of festivals and culture.

Disclaimer
All content on this website is for informational purposes only and should not be considered to be a specific diagnosis or treatment plan for any individual situation. Use of this website and the information contained herein does not create a doctor-patient relationship. Always consult with your own doctor in connection with any questions or issues you may have regarding your own health or the health of others. We are not responsible for the content of other websites. We may have used it only for information purpose. All the pictures and information shown on wearehumanangels.org are the property of their respective owners. We don't hold copyright about these pictures and content. We are not responsible for any incorrect or incomplete information. These pictures have been collected from different public sources including different websites, blogs considering to be in public domain. If any one has any objection to displaying of any picture and news, it may be brought to our notice by sending an email and the same will be removed immediately after verification of the claim. Contact us at: earthangelshouse@gmail.com 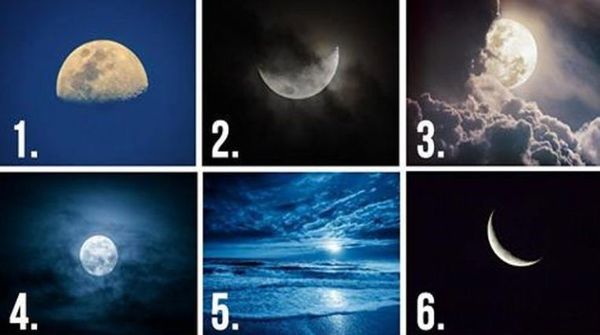 The moon’s significance in astrology and spirituality is known. Would you like to know what your subconscious is screaming at you? Take this simple test! 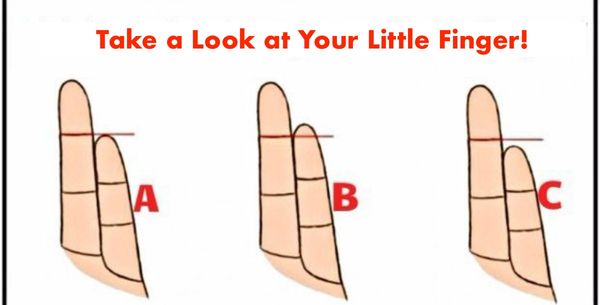 You may not believe how the length of your pinky finger can describe your personality and what type of person you are. But it can!