"A long time ago, lost in the mists of time, God created entire legions of angels. The angels populated the Sky, living in happiness and harmony. Lucifer was the brightest of all angels. He exceeded all other angels in beauty and grace. The Archangel Michael and Lucifer were the two most powerful angels of them all.”

“But Lucifer became haughty and arrogant. He started to think he was holier than others, stronger than others, and important like no other. ‘I don’t understand why God should be the most important here, in Heaven. Why shouldn’t it be me? I have all the qualities of the world, including superpowers. And, last but not least, I am very handsome, too! So I should be the one in charge here in Heaven. I deserve it more than anyone else!”

“Lucifer, after having thought he was equal to God or even better than God, started to spread his poisoned words of arrogance throughout Paradise. His purpose was to convince other angels of his superiority and join him in his battle against the Boss. Lucifer could be compelling and cunning in his arguments. He succeeded in awakening pride and envy in many angels. In a short time, he gathered many rebellious angels and formed an army.”

“Lucifer and his army marched on the Throne of God. When they arrived in front of Him, Lucifer said with all his arrogance, ‘Who are you that believes you are superior to me? To think you are the king of the Sky? We, the angels of my army and myself, are more important than you! Why should you be the king of Heaven and not me? I am just as strong and powerful, if not more.’ God listened to Lucifer without interrupting him, then He spoke, with his deep voice full of wisdom, ‘I trusted you, Lucifer. You have been sat next to my throne here in Heaven, but now your pride betrays you. So think again about what you said and withdraw in peace with your army.”

“At this point, the rebellious angels refused to listen to God’s words. They wouldn’t take no for an answer and started shouting at God, ‘Step aside, leave your realm and let Lucifer be the king of the skies. Whatever it takes, we’ll force you to leave. Hooray for Lucifer, our king of the Sky! Long live Lucifer! We want him to be our king in Heaven!”

“God was both upset and disappointed but calmly said, ‘Ok, I see that you don’t want to be sensible nor reasonable. If you want to fight, you will reap the consequences. I will call for the Archangel Michael.’ Michael, who was not gullible, had not been misled by Lucifer’s words and promises of glory. Therefore he decided not to ally himself to Lucifer but remained faithful to God. He started to gather all the angels that had not succumbed to Lucifer’s poisonous words. He formed an army of loyal and faithful warrior angels, and a fierce battle began in the Sky. The Archangel Michael and his loyal angels fought hard and bravely, achieving victory.”

“God severely punished Lucifer and the rebellious angels, sending them to live in darkness for eternity. Lucifer lost his grace and beauty. He turned from being the most beautiful angel of the Sky into a horrible monster. He became ugly, very ugly, indeed a hideous creature, all covered with bristly hair and with one head and three faces, each one uglier than the next. Since then, he has lived in a cold and miserable land where darkness reigns, where there is no room for light and joy.”

This story tells you how valiant, courageous, and invincible the Archangel Michael is.

‘Archangel Michael, please defend us in Battle.’ This is what everyone should say when they are in danger.”

THIS STORY IS TAKEN FROM OUR BOOK "EMILY AND SERAPHIEL"

"Emily and Seraphiel” is our inspirational book about Angels for children. It helps children believe in Angels and Guardian Angels.

Emily is a little girl who does not believe in Angels. Nor can she imagine meeting one, especially at the end of the worst day in her life. All Emily wants to do is go to bed, have a good sleep, and forget this horrible day. But many exciting things are about to happen on what is going to be the most incredible evening of her life. Emily meets Seraphiel, her Guardian Angel, and a whole world of wonderful creatures opens up before her eyes. She discovers the magical world of Angels. She also meets her new superhero, the Archangel Michael.

Emily and Seraphiel, The amazing story of a little rascal and her guardian angel: With the special participation of the Archangel Michael

Read Next: Why it is Important to Explain Guardian Angels to Children 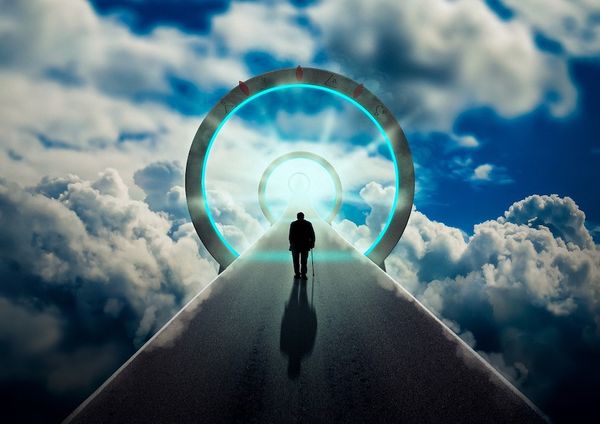 Does destiny exist? Is it already written or do we have the power to change it? Find the answers to these questions and discover your destiny

You've always thought that getting what you wanted was complicated and required "blood and sweat." It is not so. Everything is much simpler than you have always believed.