Archangel Uriel is the Angel of magic and wisdom. Uriel makes any wish happen using the right portal. Learn more about this mighty Angel.

I am mesmerized by the power of Uriel. Beautiful but strange, powerful but witty. Everyone believes Uriel to be the kind, sweetheart Angel that many theosophists claim him to be… Not really.

Channeling Uriel, he is full of magic and full of wisdom. He is no one's fool and does no one's bidding. The gifts he brings are of his own desire to do. He needs a powerful sigil to even summon his magic.

Any one of the angels does. But he is a bit more intense. Uriel is the Magician, he taught King Solomon his magic with the Jinn, and he taught some magic to Dr. John Dee.

He is not a fallen angel. He is warring against them with a vengeance. All that I know is from my spiritual life in the heavens. All I have seen as a messenger are the falsehoods and the truths in organized religions. How all is all, and all is nothing. As above, it is so below… Like Uriel and Metatron say. 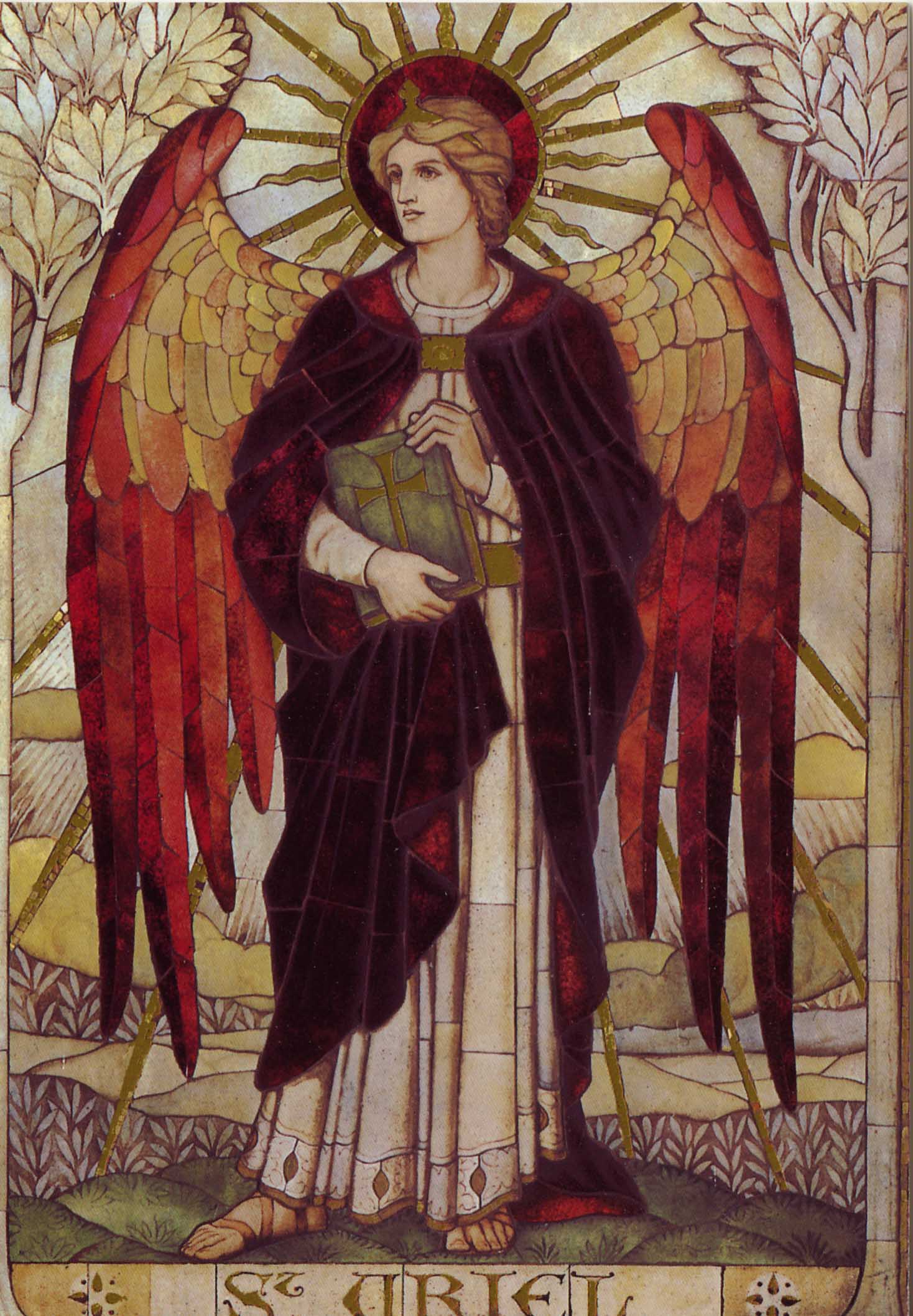 He is likened to Heka, the Egyptian God, son of Khnum. Deity of magic, wisdom, and power. He is Anu, in Sumerian beliefs, God of Resurrection, which is why Summit Lighthouse has Uriel as an angel of resurrection. Ouranos in Greece, and Caelus in Rome. Gods of Magic and Resurrection, and sky. Uriel represents the sky in his magic because he is the energy of the stratosphere.

Uriel is an angel who goes by many names…. Strange, some may think, but no…. It is not. Names are one-word descriptions of the purpose, not so much the being. "Michael" means "who is like God," but this being's name changed to Emmanuel when he went to Earth, as it meant then "God is with them." So "who is like god" became "God is with them" when this God-like being was with them…humans… Names mean nothing here on Earth. It is all given by humans who use name symbolism to confuse. Many untrained angeloloigists call on different names and could call on the same being each time, not knowing.

They do not truly channel. If they did, they would know the actual names. I'll never tell. Why? First, I am hurt by fakes who read other people's stuff and then lie to others using the information as if they discovered it themselves. Half of the people I know who are sneakily doing this to me or have plans of doing it are already known, and they have something coming from the highest for this deception. 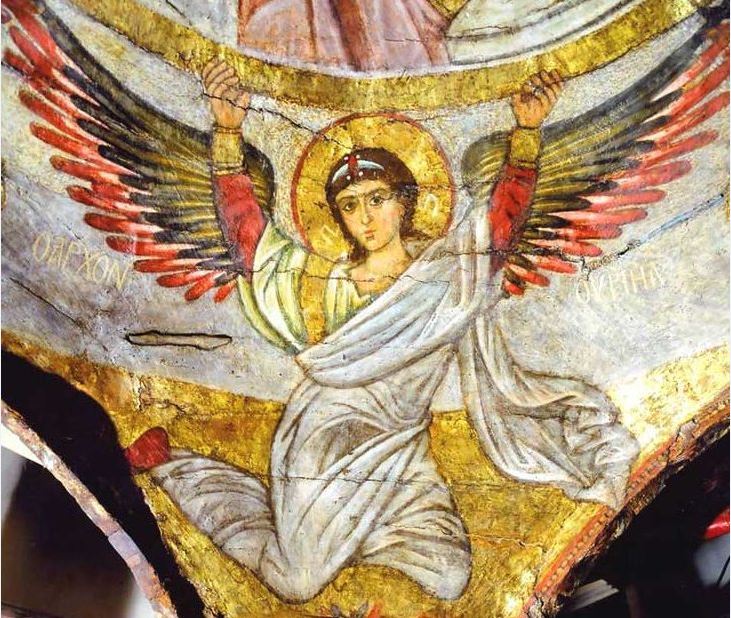 Spiritual wisdom should always be true, and it should always be attributed to the teacher… In any case, Uriel is also known as Auriel and Oriel. Variations to the name represent something in divine magic here on Earth but mean nothing in heaven. LOL…. They have their own sigils and names out there.

Uriel is in direct power with Metatron. He stated in a client of mine's channeling:

"I am the Prince of Glamour. I am called Uriel, the magi, for a reason, after all. However, in the early days, some called me Ouranos or Caelus. I am the light that illuminates the matrix all around in which you can have the ability to see. It is in my power alone. This is why they have called me the sky and pronounced me as ruler of the planet Uranus who rules your world's zodiac of Aquarius, who, in turn, rules the air. Air is the same as the "mind" thoughts…. As is light, your consciousness travels in the thoughts, or air, by light. Therefore, when I tell you that your power is enhanced, to proceed mind over matter, thoughts (mind) stronger than the Earth (matter), you should well believe in me.."

Uriel is a throne. A teacher, a wise man, the magi. He is the throne of the North over the element of Earth. The reason is that his path is extreme North. In truth, Uriel is also a deity and a commander of his legion, making him an Archangel. He has 571,800 angels in his company. Huge force. Those are just the more giant angelic beings too!

His vibration is 2 or 11… So number 2 is about co-joining, merging, and partnership, and then 11 is the number of rebirths.

Triangles are Uriel's thing. This is why triangles are big nowadays. They emit pure energy, and energy is used for magic. But, of course, this is the age of illusion and deceit, so they use Uriel's symbol for wrong. But used the right way, according to Uriel, this symbol could draw in energy.

Kabbalah teachings have a lot to do with Uriel. Each teaching was brought and then hidden. Many fallen angels brought truths with them, but they manipulated humans. The Creator of Earth sent other angels and beings to Earth to correct this, but those teachings were stolen and mixed up with deceit. In this, no one knows the absolute truth. I am trying to bring that out… Like other messengers before me. But they died trying, and their teachings were also corrupted. Uriel brought the kabbalah, though. The true teachings, that is.

Garnet and Iris Stone. He is the Angel of red and yellow.

Uriel appears in a strange form, too odd for me to describe here. This is why they said, "If anyone saw us, they would die for fear of fright."

They do not look cuddly like some think, and while some angels will try to appear in a human apparition to make the person more comfortable, some angels will not accommodate. And Uriel is one of those angels. He will not appease anyone. Anyone calling on Uriel will have to meet with Uriel on his terms. As a masculine angel, Uriel has an energy that can make the hairs on your neck stand up. It is powerful and can come across as creepy if you are unfamiliar with it. At first… Once you know you have seen something divine, you will feel better. He looks intimidating, of course. But he isn't mean. He is brilliant and just not falling into human issues.

In ancient times, humans tried to use Uriel for their own agendas. He is sweet, indeed.

But yes, he has a signature in his energy that you come to know as his according to creation blueprints, and he has a symbol that shows no one, except those who work with him closely, so that he can be recognized as really being him. That is as far as he'll go for comfort. He'll flash the symbol so fast for you to see in seconds, and if you miss it, well, then you have to wait till next time when he comes again to see it. It is peculiar. I do my best to recreate the angels as I have seen them, but yes, many times, he has been all white in light body, long white hair, icy blue eyes, and elvish ears. His wings are 16, 8 on each side but thin strands of energy.

Uriel will make any wish happen, using the right portal, sending any intention to Angel Halaliel, the Lord of karma, to see if it is in the person's just deserts to receive the rewards or results.

This is why magic does not always bring results for everyone.

Read Next: Which Archangel Is Guiding And Assisting You Now? 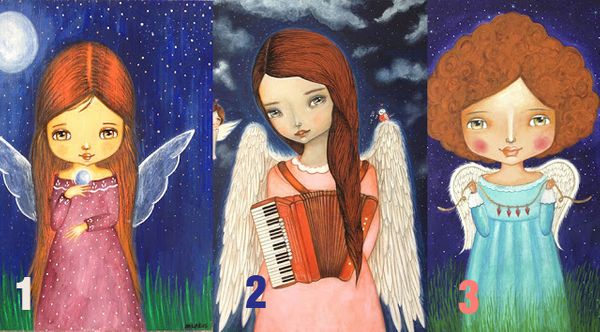 This simple test will guide you to the right path. Pick one image of the three given in this picture. 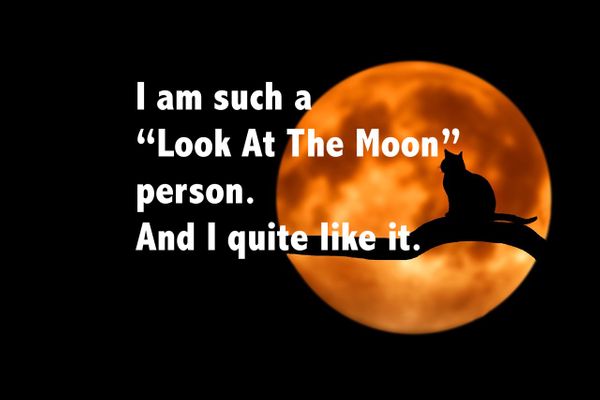 If you think about the influence the moon has on the tides, it makes sense for it to have a powerful influence over us too