The word “angel” has a Greek origin from the word “Angelos,” which translates to “messenger.”

This word referred to divine visitors who appeared on earth in spirit for several purposes. Earth angels are angels who have been sent to Earth in the form of humans to fulfill specific missions entailed upon them by God. Typically, an angel’s message includes everything essential as guided from above. However, unearthly entities from a higher dimension often appeared on earth in troublesome and important times and/or to signal an upcoming event, e.g., disaster.

Angel beings often descended from the heavens to guide humans on matters of spirituality and wisdom and to communicate the secret divine knowledge.

Angels also came to signal the birth of significant figures on earth. In some cases, they would descend to warn humans about an enemy or threat in the near future.

These entities have been visiting our dimension since the existence of time.

Dating back to ancient times, we will realize that across many countries and cultures worldwide, there are references to divine visitors with wings who would appear and communicate with important people in our realm, helping them implement their divine messages. Generally, we are aware that many messengers appeared over time. The delivery of angelic messages was universal and not bound by geographical or religious restrictions.

It was delivered if the angels had to bring a message to any culture or part of the globe. However, many religions and sects appear to believe that they are the only ones or the only ones worthy of getting angelic messages. In reality, messages from angels have been delivered to humans based solely on their personal rather than religious beliefs.

Angels are particular types of divine entities from higher realms within a planetary setting.

They also appear from other higher planes of the Universe. If we examine our planet, there are eight dimensions or levels. However, different planet settings can’t host anyone with a 3D form. Still, they also have multiple planes throughout which these entities reside, and we cannot see them through our ordinary senses.

We have invisible spiritual entities that reside in another dimension and vibration.

The same applies to the entire Universe. The classes of angels are the same beings with the double duty of delivering messages to humankind while contributing to the development of planets and their realms. Their activity in higher realms depends on their knowledge, power, assigned roles, and duties.

There are many classes of angel beings throughout the Universe and the higher planes within each planetary environment.

A messenger is any unearthly or interdimensional soul who appears in this realm with an important message addressed to a person, a country, or a city.

The same goes for any entity guided from the above to carry out a life-changing job or offer spiritual guidance.

Spirits and souls can travel through other realms and planes at any moment for a short time. In some instances, though, they can enter a realm of existence for a permanent or long-lasting period of time if their divine calling tells them to do so. For example, they may enter the earthly realm by incarnating in human form.

They transfer their essence and soul into the baby’s fetus inside the womb. Or, they are programmed to merge with this body at another time. Is there an existing soul that is about to enter this world? In several cases, yes. If yes, that soul has agreed to join the body and unite with the greater consciousness of the divine spirit that will occupy the body.

What is the purpose of the above? The human spirit may wish to remove the ego and enable a higher consciousness to enter this realm on its own. The spirit may also want to enjoy the feeling of being inside the womb of a caring and loving mother.

When the two consciousnesses merge, the human spirit will reap the acquired knowledge by uniting with the higher energy of consciousness. Therefore, it participates in something higher than itself, a gift from above and a blessing.

The above cases are called “incarnations.” The body is a vessel or avatar as it hosts the divine consciousness.

Many spirits choose to incarnate regardless of their origin. Therefore, it makes sense that any human who keeps a cycle of death and rebirth in a new life is experiencing reincarnation. This is because the initial consciousness they were born and started with gets into a new body/vessel with genetic information already existing inside it for each new life. 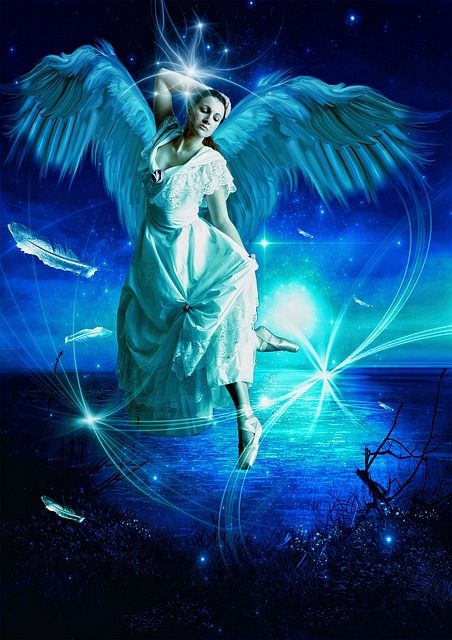 Image by Harald Dona from Pixabay

This genetic code either goes along with that soul through the various lessons it learned while it is used, or it also perishes when that physical body dies and is no longer necessary. The genetic code is the consciousness of the DNA of that substantial body and its bloodline.

However, when we refer to a higher level of consciousness from a more fantastic realm of a divine source and belonging to a particular group of entities associated with the creators right away, the term gains another meaning. The heavenly entity becomes a divine incarnation, an “incarnate angel.” This is due to hosting the holy soul in a physical body with a specific aim, mission, or purpose of fulfillment. These kinds of incarnated spirits have great power and wisdom on earthly matters and beyond and possess a clear connection to the spiritual realm.

In reality, spirits like this typically select a physical host/body of demigod origin to acquire a divine physical shape and consciousness. This enables the divine intelligence to possess DNA information that it may act to make the most of its potential. Furthermore, this type of intelligence is the only one that can decipher this genetic information inside that physical body and activate them.

Or else, these powers will remain idle and ready to be used by others unless a being has activated them from the higher planes for that person.

In brief, cosmic consciousness is necessary to trigger the divine genetic codes in a demigod host.

Several souls from all corners of the globe may descend into our earthly realms and acquire a human shape with their birth here. However, the higher heavenly classes come from the 6th plane or above. Regardless of their origin, they all come with a specific mission or task to fulfill.

Whether this mission guides a particular group of people or contributes to a mass social movement, there is always a purpose behind their roles and actions.

Read Next: 4 Signs of the Angel Michael's Presence - How to Recognize Archangel Michael