It is a common belief that God sends angels as divine messengers, and guardian angels are no exception. They are sent to humans to either protect individuals or help them through their lives.

One such mode of thinking considers angels to be heavenly creatures that operate on a distinct level from that of humans and equates them to angels. Angels can provide their unseen energy and minor signals to guide people in the correct direction, which they do as a demonstration of their help and affection for the individuals in their care.

Even while angels are always keeping an eye on every one of us, there may be moments when they pay closer attention to us to either forewarn us of a significant crisis or help us through the difficult times we are going through.

There are various indications that your guardian angel is guiding and protecting you at this time. These clues may be found in the world around you.

Here are some indications that your guardian angel is in close proximity to you.

Because angels are supernatural beings, it is only natural for them to interact with one another through the clouds, which is also where they watch you. This could include fewer specific indications such as feathers, earnings, or shapes that particularly remind you of one individual. You should know by now that it is not ridiculous to think that clouds take on specific shapes.

Your guardian angel may have brought you a particular sign of favor in the form of a rainbow that does not appear to be accompanied by rain. It demonstrates that you will not be going through your struggles alone and that they are always there to support you in your difficult times. They are charming and spiritual. When you first see a rainbow, you will have a mixed feeling of joy and surprise, and then if you tell other people to view it with you, they will probably not believe you since not everybody sees a rainbow when there is no rain.

Dreams are frequently seen as windows into one's soul, but they may also send a message that one's guardian angel is close by. Believers in angels assert that a guardian angel might pay you a visit in your dreams to let you realize they are keeping an eye on you and will continue to do so in the future. They could attempt to communicate anything to you, or they might reassure you that they are there.

They claim that music is a worldwide language because it enables people from all different cultures, countries, and languages to communicate with one another through sound.

On the other hand, it also can communicate signals originating from the spiritual world. Is there a tune that brings back memories of a cherished family member or friend who has passed away? You can discover that a particular song is constantly playing in your thoughts or that a piece is continually playing in the background everywhere you go. Even while this can be a coincidence, it might be trying to tell us something about our spiritual path.

Many people think that even if most of us can never see guardian angels, newborns and dogs can. (By the way, dogs have another important ability: they can sense evil spirits, too).
It is in contrast to the belief that adults cannot see them. It is thought that animals and newborns might feel more at peace when their guardian angels are there. You could notice a baby smiling at that is out of sight or a pet staring directly at a specific place in the room. If you observe a baby acting as though they are interacting with something that is not physically present, this might indicate that your guardian angel is in the area.

What you sincerely believe in is the only thing that will ever make you feel that way. Have you ever been in a situation when the temperature around you suddenly changed, yet it remained the same for everyone else in the exact location? If the room temperature dropped unexpectedly and you began to shiver or sweat, or both? Yes. This indicates that your guardian angel is not far from you. Angels fly through air molecules, which is why their temperature fluctuates as they move about.

Angels will make several attempts to gain your attention and lead you in the right direction; perhaps one of the most popular ways they do this is through angel numbers, as stated on Ask-Angels.com. These numbers already have a unique and personal value for you, such as your birthday or an anniversary, or are mystical and repetitive numbers, like "333" or "11:11." Your guardian angel may be trying to catch your attention by showing you random numbers in your daily life.

Among the most common ways wherein guardian angels make their presence felt to humans is by leaving behind a single feather as a token of their visit. Since ancient times, people have looked to feathers to symbolize peace and purity.

If you locate one in strange places, you should never dismiss it as a coincidence. Particularly if the feather you have noticed is white, it might indicate that a guardian angel is very close to you and is keeping an eye over you. You can admit its presence by simply acknowledging its existence or pick it up and keep it with you. Either way, it could indicate that your guardian angel is observing you.

You could believe that your eyes are joking with you if you see a brilliant light or an orb of an unusual color for the first time. On the other hand, some people believe that these lights and orbs are "vehicles for angels." You can wander into an orb in your normal activities, or you might be looking at a photo when you realize that there is an oddball circling around you. Many people believe that if you see these particular lights, it is an indication that your guardian angel is around.

Sometimes you can get the impression that something might be there when it isn't. It might be a touch, an aggressive mood, or just the presence of another person.

"Your angels are capable of reaching you in a very gentle manner and enveloping you in their compassionate wings, touching your neck or arm, or softly putting their affectionate hands on your shoulder or back."

There are moments when angels reveal their presence to you in an obvious manner, filling you with an overwhelming sensation of love that is not conditional.

Your guardian angel has now been tasked with the responsibility of assisting and protecting you. Please find out how you may get their support right away!

Read Next: Why Seeing the Angel Number 11:11 is a Sign of Good Luck 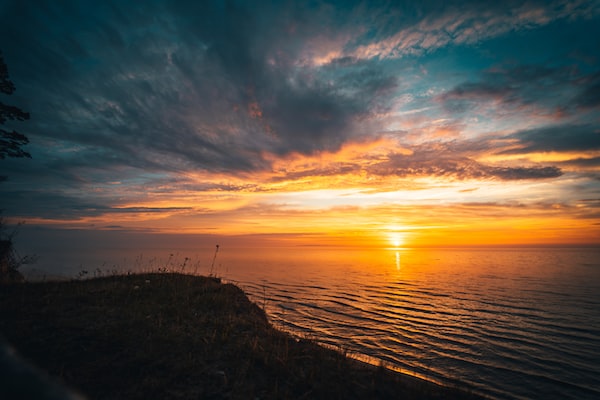 Be inspired! Bring peace of mind and inner joy into your life with the help of this inspiring message. 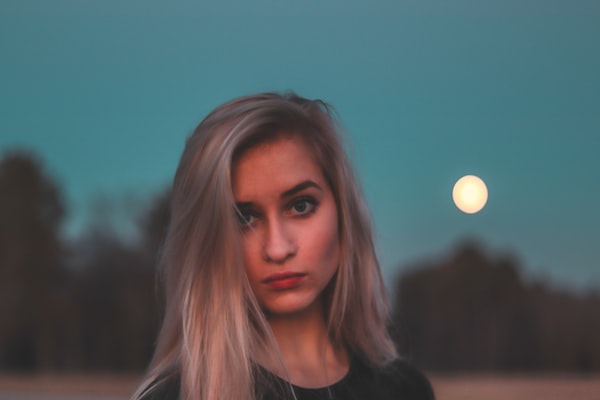 Being alone sometimes is a pleasure. But sometimes, being alone is a challenge. When you feel sad and alone, say these prayers. They will immediately give solace to your heart.