This Full Moon is extremely important and powerful. It will be the last of the three Supermoons to occur this year and you simply cannot miss it!
It has lots and lots of meanings, and it brings to completion the triplet of Supermoons that started with the Worm Moon on March 8, followed by the Pink Moon and comes to an end on May 7 with this upcoming Full Flower Moon.

Here’s everything you should know about this month’s Full Moon, including why it is called “The Full Flower Moon.”

Why Is It Called the Full Flower Moon?

The tradition of naming Moons dates back in ancient times when the Moon names were related to specific harvesting events or seasonal events that matched with gathering, harvesting, and blooming. May is traditionally a month filled with flower blooming, so it is no coincidence why this moon is called Flower Moon. Flowers spring forth in abundance during this month! Here at The Old Farmer’s Almanac, we have long honored the Native American Moon names and the folklore of those who came before us.

We follow the full Moon names that were used during Native American and Colonial times to help track the seasons—usually from the Algonquin tribes who lived in the same areas as the Colonists.
According to the Old Farmer’s Almanac, The Full Flower Moon was used by the Algonquins, as confirmed by Christina Ruddy of
The Algonquin Way Cultural Centre in Pikwakanagan, Ontario.
May’s Moon was also referred to as the “Month of Flowers” by
Jonathan Carver in his 1798 publication, Travels Through the
Interior Parts of North America: 1766, 1767, 1768 (pp. 250-252) as
likely a Sioux name.

Now that spring is fully underway and wildflowers are springing up all over, there can be no better name for the May Full Moon. 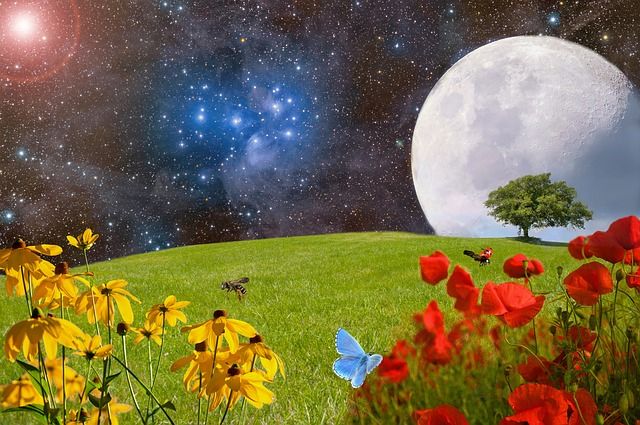 Image by beate bachmann from Pixabay

May’s full Moon is also known as Mother’s Moon, Milk Moon, and Corn Planting Moon because the May full Moon marked a time of increasing fertility and plants and flowers in bloom.

When the Full Flower Moon appears this month, it will be slightly farther away than it was in March and, above all, in April, when we could feel we could almost touch it!. The Full Flower Moon will appear slightly ‘smaller’ and less bright if compared to the two previous Full Moons. However, May’s Full Moon still qualifies as a Supermoon because the difference in distance between its orbit and April’s—about 2500 miles—is not much in the grand scale of space, so we will still be able to see a bright, potent and beautiful Supermoon!

What does this Supermoon mean from a spiritual point of view?

Everything revolves, once again, around its name. We are One with Mother Earth and what happens at a planetary level also happens at a human level. We have been waiting for new energies to come into our lives, especially during these hard times of coronavirus. In the wintertime, nature sleeps. Many animals are in hibernation awaiting the spring, the leaves have fallen, the snow has come and has covered everything. (At least, this is what happens when climate change is not affecting seasons…)

Everything seems now ready for new energy to come, to open up the whole world to new opportunities, a new life, and - it goes without saying - a new bloom.

We have been deeply affected by the events of the first part of this leap year (never forget that!). We were waiting for something new to happen. Like flowers, we are now ready to cleanse our energy and that of the whole planet. This Flower Moon is a call to action for all those who feel there is still room for a better world. In winter, everything goes through a purification process. We let go of something old to make room for something new. Now the time has come. This Supermoon is telling us: “no more excuses!”.

The energies of the Full Flower Moon are potent but are not disruptive. There’s nothing to be worried about. We have to embrace change and make the best out of it. This Supermoon is asking us to be courageous, to step out of our comfort zone and start new projects, look for new opportunities, and sometimes do the unexpected. This could be the time to change your job or change the place you live and move to another town, or state, or nation. If you're feeling overwhelmed by how grand your soul's purpose may be, this full moon will also give you the necessary tools to take action and go beyond your limits.

This Flower Moon is telling us that the only limits we have are self-imposed.

We have seen three different Supermoons (the last one is this upcoming Flower Moon) and each of them has given us a portion of the power we need now to ignite our inner strength and to kickstart a new life based on positive thoughts and actions. There is nothing more exciting than going above and beyond boundaries and limitations of any kind. However, life tends to keep us running a sort of 9 to 5 life, filled with mortgages, bills, and the like. This Supermoon is showing you that you can change your life without giving up on your expectations and your lifestyle.

The ultimate message from this Supermoon is: you are like a precious flower and there's no better time than now to bloom and spread your power like the wildflowers of May!

What are the Full Moon Names?

The Full Moon Names we still use today date back in ancient times and are linked with natural cycles of planting, harvesting, and the changing of seasons. This is why we have Full Moon names such as Harvest Moon, Strawberry Moon, or Snow Moon, among others. All Full Moon Names are deeply rooted in Nature.

This Full Moon is named after howling wolves, which may stem from the Anglo-Saxon lunar calendar.

This Full Moon is named after the snowy conditions of certain areas of the world. Some North American tribes named it the Hunger Moon due to the scarce food sources during mid-winter time.

The last Full Moon of the winter season is called the Worm Moon because of the earthworms that come out at the end of winter. It is also known as the Crow Moon.

The Full Moon in April is called the Pink Moon, from the pink flowers – phlox in particular – that bloom in the early spring. However, it is not a pink-colored moon. According to the Farmer's Almanac, this Full Moon is called the pink moon because it corresponds with the early spring bloom of Phlox Subulata, or moss pink, a wildflower native to eastern North America.
The Pink Moon is the most powerful and brightest moon of the year.

May: The Flower Moon

The May Full Moon is known as Flower Moon because of the flowers that bloom during this month. It is a moon of rebirth and blossoming life.

Because all Full Moon names are deeply related to aspects of Mother Nature - guess what? - June’s Full Moon is the Strawberry Moon as these little red berries ripen at this time of the year.

In this particular case, the Full Moon is named after the deer buck's foreheads that emerge on around this time.

The Full Moon for August is called Sturgeon Moon because of the large number of sturgeons in the lakes where the Algonquin tribes fished.

In the Old Farmer's Almanac, this Full Moon is called Corn Moon or Harvest Moon because its appearance in the sky coincides with the harvesting season of corn, that was previously planted in springtime.

In the northern hemisphere, this moon is called Hunter’s Moon because people were going hunting in this month, preparing for the hard times of winter and thus providing food for the community.

In November, beavers become very active while preparing for the winter. As a consequence, the November Full Moon is called the beaver moon. It is also known as Frosty Moon.

December is the month when winter begins for most of the Northern Hemisphere, and so the Full Moon is often called the Cold Moon. Sometimes, another name given to this Full Moon is Wolf Moon. However, this is more common for the January Full Moon.

Now you know everything about Full Moons! Enjoy! 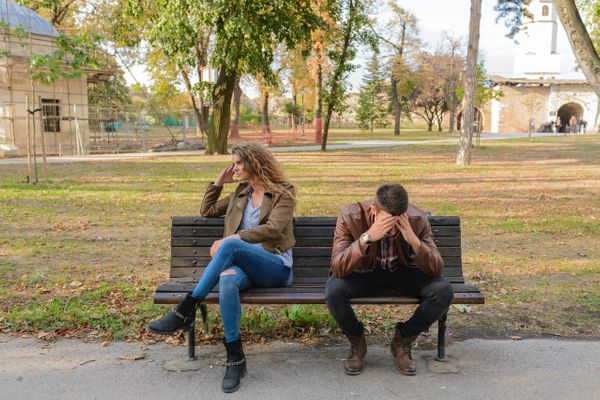 Are you in a troubled relationship and do not know what to do? Are you considering couples counseling or not? Which are the pros and cons, and how do you know if it’s the right time for getting help from an expert? 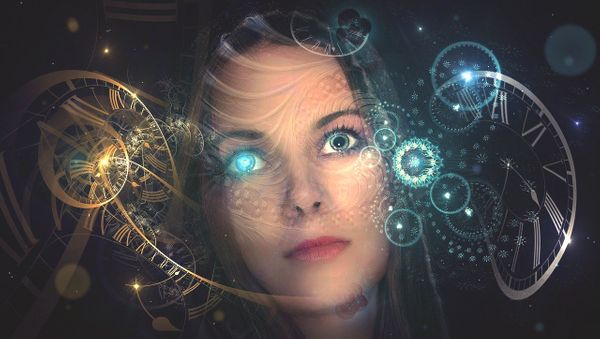 Only a very few lucky people are gifted with clairvoyance. Would you like to know if you are one of them and what it means for you? Look at these 8 surefire signs!