Mysterious, esoteric, and ancient in origin, tarot and oracle cards are steadily increasing in popularity.

And there’s a good reason for that … they work!

No, I don’t believe tarot and oracle cards can predict the future as the future isn’t set in stone. Neither do I believe that the reason oracle and tarot cards are rising in popularity is due to such an antiquated use as fortune telling.

Instead, from what I’ve observed and experienced, tarot and oracle cards are rising in prevalence because they are powerful gateways to the inner self and unconscious mind.

And in this day and age, the need to connect with our inner selves is increasing in intensity and desperate necessity.

Ultimately, oracle and tarot cards are spiritual tools that anyone can use. If I am to list one tool that I consult and use each and every day, it would be my tarot and oracle cards. Why? These deceptively simple cards are like fractals: the deeper you meditate and reflect on a card, the more you discover about yourself. This makes oracle and tarot cards powerful meditation tools that are ideal for increasing one’s spiritual and psychological growth.

Are you curious about dipping your toes into the world of oracle and tarot cards? Read on. If you’ve already tasted the sweet nectar of this amazingly illuminating tool, I’m sure you’ll find something interesting to feast on below as well.

What is the Difference Between Oracle and Tarot Cards?

Let’s start off with the basics. Oracle and tarot cards are similar in nature but not the same. 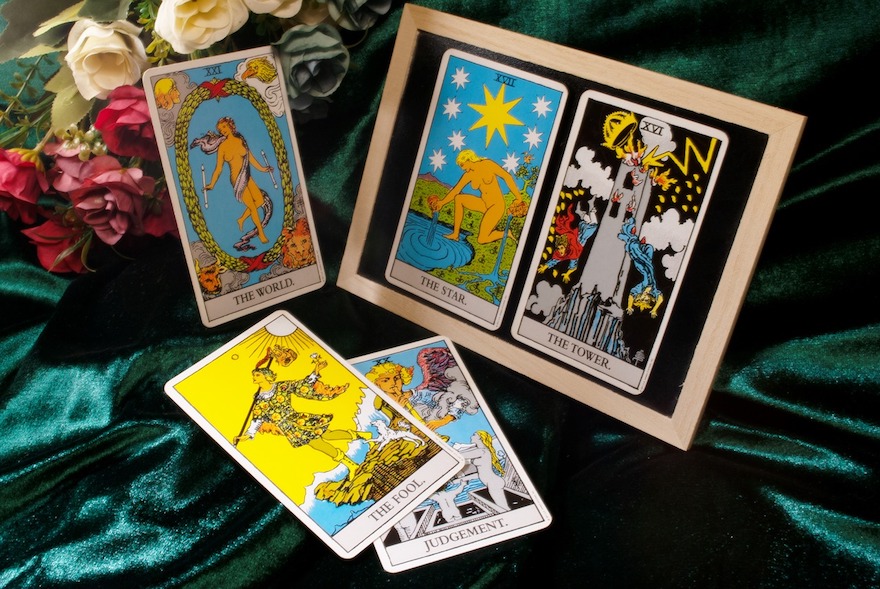 The main difference is that tarot is a system that spans back millennia and is divided into the major and minor arcana, and four suits: the swords, pentacles, cups, and wands. Each suit consists of ten cards and four ‘court’ cards (page, knight, queen, and king). Oracle cards, on the other hand, are newer inventions and they generally don’t have a set structure making them more fluid. Generally, it is up to the creator of the oracle deck to create some kind of framework or system (if any).

Tarot takes a bit of time and dedication to learn as each card has various layers of meaning.

Tarot also has upright and reversed meanings (which, translated, means that if you pull a card upside down its meaning will change). Although tarot sounds complex, it is a deeply intriguing system that overlaps with numerous ancient systems such as numerology, astrology, the Kabbalah, and alchemy. I find that it provides more intricate and multi-layered answers and insights than oracle cards.

With that being said, oracle cards do have their own charm.
If you’re a beginner and don’t know where to start, getting an oracle deck is a non-intimidating way of entering the world of ‘card slinging.’ Unlike tarot cards which are named according to a clear-cut system (e.g. “ace of pentacles,” “three of swords,” “King of Cups”), oracle cards tend to be named in more simple and straight-forward ways. Common examples include “beginning,” “ending,” “courage,” “transformation,” “healing,” “wisdom,” “balance,” etc.

Oracle decks are generally easier (in my experience) to use as meditative tools than tarot decks and tend to give an overview of the problem or situation at hand that you’re seeking guidance for.

Can Tarot and Oracle Cards Predict the Future?
Short answer: nothing can “predict” the future with 100% accuracy as the future isn’t set in stone and we have free will to change it. Tarot and oracle cards do however show the most likely outcome based on what is happening in our lives within the present moment. 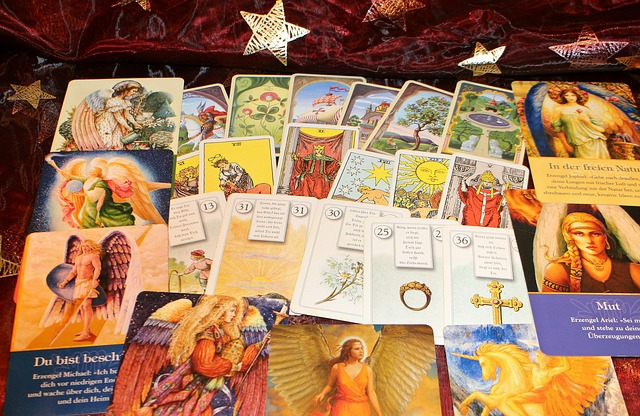 How Do They Work?

There are many explanations for how and why tarot and oracle cards provide such unnervingly accurate or illuminating answers.

Some believe that they are communing with ancestors, spirits, or personal etheric guides when doing readings for themselves. Others believe that the cards themselves have power. I, however, don’t subscribe to these theories. Instead, I prefer to adopt a psychospiritual approach. When using a tarot or oracle deck, I believe we are connecting to our unconscious minds which are a bridge to the collective unconscious, or Universal Mind. Within our unconscious and shared unconscious (what psychologist Carl Jung called the ‘Collective Unconscious’) resides our essence, our wisest self, or our true nature (Soul). I believe that when we are communing with the images on these cards, we are triggering deep instinctive and timeless knowledge within us and inciting it to rise to the surface.

In other words, our minds are like deep lakes. We tend to live on the surface of this lake in everyday life, but tarot and oracle cards are like fishing lines that we throw into the deep to draw up the wisdom we need.

4 Dangers of Using Oracle and Tarot
Please don’t be alarmed. Stories of demonic possession as a result of using tarot are the result of narrow-minded and superstitious misunderstandings spread by religions such as orthodox Christianity.

Tarot is a tool of self-exploration – it’s like having a coach or teacher by your side – that’s it.

Can it be used to lift the veil between this world and the next? Maybe. But you only get out of tarot what you put into it. In other words, use it as a self-discovery and it will be just that. Many things in life can be used to dabble in the psychic arts – just look at cups and tea bags (or the divinatory practice of tea reading). Are you going to stop drinking tea just because someone out there uses tea drinking to communicate with spirits of the dead? I don’t think so.

Tarot and oracle decks are quite literally pieces of card with images on them. There’s nothing spooky or satanic about them. As with anything in life, they are ultimately what you make of them – nothing more, nothing less. So if you already have a mind biased toward them, it might be better to seek out another inner work tool (such as mirror work). 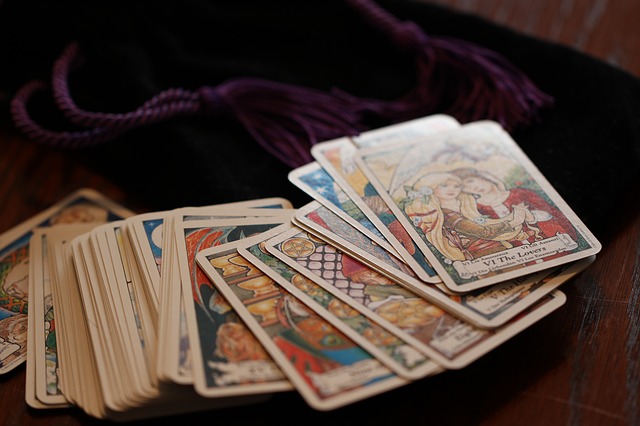 No, the dangers I am about to mention are more emotional and psychological oriented. Be mindful of the following:

Overly relying on oracle and tarot cards to make decisions for you. The cards are meant to supplement your decision-making, not replace it. Don’t be lazy. Don’t try to bypass your responsibility by dumping that onto the cards.
Using the cards as a justification or excuse for bad behavior, e.g. “the cards told me I could!”
Using the cards to hear and understand what you want to hear/understand. In other words, using the cards to try and tiptoe around the truth or receive feel-good advice only.
Using the cards to try and “read” other people’s minds or spy into their lives. The accuracy of such a practice is not only dubious but is also a waste of time. The best use of the cards is to explore the depth of your own inner self, not peek into the world of another.

Being mindful of these pitfalls will help you to get the most out of your oracle and tarot cards.

What to Look For in an Oracle and Tarot Deck (+ Some Suggestions)
Oracle and tarot decks image
You don’t need to be a crazy deck collector like me to benefit from this self-exploration tool. Simply investing in one or two decks will help get you acquainted with this fascinating method of self-growth.

When it comes to getting your own deck, forget the old myth that someone needs to gift you a deck first. This old tradition is very limiting. In the old days there was no convenient way to obtain a deck unless someone gave one to you, but these days we have the privilege of having access to an amplitude of decks. So go out there and find one you resonate with.

Here’s what to pay attention to when trying to find a deck:

Ultimately what you are attracted to in a deck is very personal. Some people don’t need or read the guidebooks, while others absolutely must have an in-depth quality guidebook to get to know their cards. Some people like big cards while others like small cards. Some like indie decks while others prefer to stick to big-named decks. Some need a sturdy box while others don’t mind what the heck the deck comes in. You get the picture! 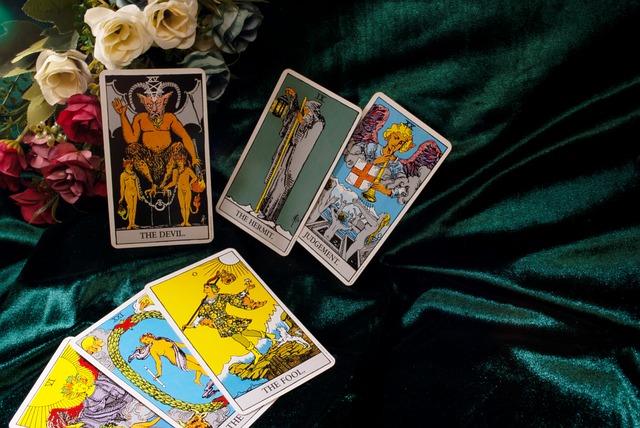 Listen to youtube videos (search for walkthroughs) and read reviews online before you purchase your deck. This little stack of cards may be staying with you for many years, so make sure you put in your research.

I currently have a collection of around 50 tarot and oracle decks combined and they were either bought, traded online with others, or given to me. My personal preferences are matte medium cardstock tarot/oracle cards that have good thick guidebooks. Anything pagan or nature-based I love (it must be my Celtic roots).

There’s a multitude of deck themes out there – angels, vampires, animals, fairies, mermaids, mythological tales, goddesses, voodoo, shamans, unicorns … you name it and you’ll probably find a deck related to it.

I know this all may sound overwhelming (it most certainly was for me!). But my advice is to start small. There are numerous well-known decks out there which tend to tick most boxes. I recommend starting out by researching those. You can look within your local bookstore or new age store. Alternatively, look online on places such as Amazon or Book Depository for some good deals.

Here are some decks I recommend that I either possess or have heard good things about:

Each of these decks you can find in many places and stores for you to explore at your leisure. Don’t be afraid to look outside of these recommendations either – I’m just providing a starting place so that you don’t get too overwhelmed!

Source: this article is part of a longer article originally written by Aletheia Luna and entirely published on lonerwolf. We have split the article into two parts. The next part will be re-published soon.
Original Title: How to Use Oracle and Tarot Cards For Deep Inner Work
Read more about Aletheia Luna by clicking here
Please Note: this article has been re-posted without prior written consent by the original Author. Link to the original article and site can be found above this disclaimer. If you are the Author of this post and you think that we are not re-posting it under the realm of 'fair-use', please contact us at earthangelshouse@gmail.com 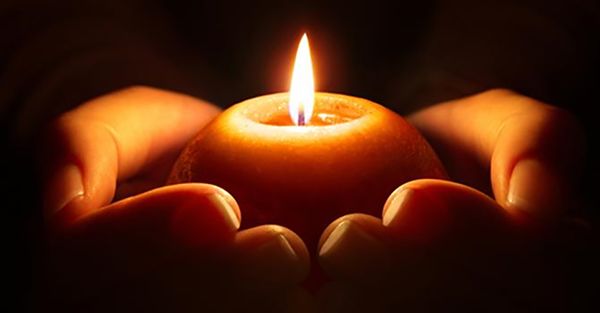 Gathered together here are some comforting prayers and quotes for those currently mourning the passing of their mom. 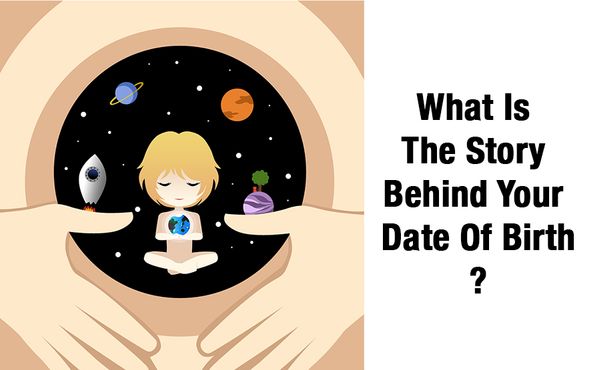 Our date of birth has a lot of significance in our lives. More than we can barely imagine. So, what is your birth number and what is your story?