Depression is a global epidemic.

Depression is the main driver behind suicide, which now claims more than a million lives per year worldwide. One in four Americans will suffer from clinical depression within their lifetimes, and the rate is increasing with every generation.

It robs people of sleep, energy, focus, memory, sex drive, and their basic ability to experience the pleasures of life, says the author of The Depression Cure, Stephen Ilardi. It can destroy people’s desire to love, work, play, and even their will to live. If left unchecked, it can cause permanent brain damage.

Image by Snap_it from Pixabay

Depression lights up the brain's pain circuitry to such an extent that many of Ildari’s psychiatric patients have called it torment, agony, and torture. “Many begin to look to death as a welcome means of escape,” he said in a Ted Talks presentation.

But depression is not a natural disease. It is not an inevitable part of being human. Ildari argues, like many diseases, depression is a disease of civilization. It’s a disease caused by a high-stress, industrialized, modern lifestyle incompatible with our genetic evolution.

“The problem is for many people throughout the Western world, the stress response goes on for weeks, months and even years at a time, and when it does that, it’s incredibly toxic,” Ildari said.

Image by umihir from Pixabay

Living under continually stressful conditions – as many modern humans do – is disruptive to neurochemicals like dopamine and serotonin, leading to sleep disturbance, brain damage, immune dysregulation, and inflammation, Ildari says.

Civilization is the disease (Living under continually stressful conditions)

These diseases are rampant throughout the developed world, but virtually non-existent among modern-day aboriginal peoples.

In a study of 2000 Kaluli aborigines from Papua New Guinea, only one marginal case of clinical depression was found. Why? Because the Kaluli lifestyle is very similar to our hunter-gatherer ancestors’ lifestyle that lasted for nearly 2 million years before agriculture, Ildari said.

“99.9 percent of the human experience was lived in a hunter-gatherer context,” he added. “Most selection pressures that have sculpted and shaped our genomes are well adapted for that environment and that lifestyle.”

Image by Ralf Vetterle from Pixabay

Given nearly 3 million years of hominid existence, since homo habilis first began using stone tools, our genus has undergone rapid environmental change since the advent of agriculture about 12,000 years ago. And in the last 200 years, since the industrial revolution, our species has had to cope with what Ildari calls "radical environmental mutation."

While our environment has radically mutated, our human genome is essentially the same as it was 200 years ago, Ildari says. "That's only eight generations. So it's not enough time [for significant genetic adaptations]."

"There's a profound mismatch between the genes we carry, the bodies and brains that they are building, and the world that we find ourselves in," he said. "We were never designed for the sedentary, indoor, socially isolated, fast-food-laden, sleep-deprived frenzied pace of modern life."

Though he's not entirely opposed to medication, Ildari says we can throw all the drugs in the world at the depression epidemic, and it won't make a dent.

💡
Anti-depressant use has increased by 300 percent in the last 20 years, but the rate of depression has continued to grow.

One in nine Americans over age 12 is currently taking an anti-depressant, and one in five has been on them at some point.

Image by Anemone123 from Pixabay

The answer, Ildari says, is a lifestyle change. He says the results of his six-step program have exceeded his wildest dreams:

In his presentation, he emphasized the importance of exercise and social connection, as they are two of the hardest parts of the program for modern Americans.

Exercise is ‘not natural’

Ildari says the results of exercise on depression are so powerful that if they could be reduced into a pill, it would be the most expensive pill on earth. The problem is that 60 percent of American adults lack regular physical activity. Ildari says it’s not their fault. Between long days at work and household and family responsibilities to attend to, who has the time or energy to hit the gym?

Picture by Geralt at Pixabay

The dirty little secret about exercise, Ildari says, is "it is not natural." We are designed to be physically active "in the service of adapted goals," not to exercise on a hamster wheel.

Hunter-gatherers get four or more hours of vigorous physical activity every day, but if you ask them, they will tell you they don't exercise, Ildari says. "They don't work out. Working out would be crazy to them. They live."

"When you put a lab rat on a treadmill … it will squat down on its haunches, and the treadmill starts to rub the fur and the skin right off its backside," he said. "When you stare at a piece of exercise equipment, a part of your brain screams, 'Don't do it! You're not going anywhere!'"

Image by skeeze from Pixabay

If you can’t go out gathering your own nuts and berries or hunting your own meat, Ildari recommends brisk walking with a friend.

Walking for 30 minutes, three times a week, has better effects on depression than Zoloft, he said.

Another huge factor in modern depression is the lack of social connection in our modern nuclear-family bubbles. “Facetime with our loved ones breaks our stress response,” Ildari says.

The problem is we’ve replaced face time with screen time.

Our hunter-gatherer ancestors spent all day every day in the company of their loved ones.

Unfortunately, illness, including mental illness, triggers people to isolate themselves, which only makes depression worse.

Image by Aino Tuominen from Pixabay

“Resist the urge to withdraw,” Ildari says, “because when you’re ill, your body tells you to shut down and pull away. When you have the flu, that’s adaptive. When you have depression, it’s the worst thing in the world you could do.”

Ildari didn’t mention in his Ted Talk how difficult his cure is for most modern humans to attain. Sure, we’d all like more fresh air, sunlight, exercise, a better diet, better sleep, less monotonous work, and more interaction with loved ones, but who has time for all that?

Image by Sasin Tipchai from Pixabay

I’m stuck here staring at my screen, typing about it to make a living for myself, and many of you don’t even have time to read this article because you have 50+ hours-a-week jobs of your own. Meanwhile, immediate-return hunter-gatherers work an average of 17 hours a week. In this world, we certainly can’t just quit our jobs to be less stressed when the financial stress would create more stress.

In my opinion, the answer lies in baby steps. Baby steps away from dependence on civilization and toward nature, earth skills, and self-sustaining communal living.

Article reference: Depression is A Disease of Civilization  by Sara Burrows

An Angelic  Prayer for Healing Depression

(from our book 365 Prayers To The Angels)

If you are struggling with depression and you’re looking for hope, try this powerful angelic prayer.

You know my heart, and I am battling the inner demons of depression and hopelessness. I trust your love and know that you will help me escape this darkness. Please, calm my troubled heart. Guide me to find solace, happiness, and contentment in myself and in my life. Paint my thoughts in the brightest colors.  Please, embrace me, fill my inner darkness with your healing love so that I might stand restored. Take my hand and guide me out of the dark places into the light of my soul. Remind me that, even in the darkest moments of my life, I can be a blessing and a gift for someone. Remind me that my light always shines.
Amen.

Imagine, for example, that you wish help from your Angels in manifesting a new job. You’ll have to fine-tune with the essence of what you want and ‘see’ yourself in your new job. You must dive deep into the vibes and feelings of having what you want to create. When you set an intention with a mindset of openness to receive, you affirm that what you seek is already being provided, created, and made available for your use.

As you learn to clear out blocks, patterns, and karmic connections that no longer serve you, you are better able to receive your heart’s desires. You start to see that all is in Divine Order, and you can relax more into acceptance of what flows in your life.

To thank the Angels is important, but not for them because giving is their true nature. They give for the pure joy of giving. To thank them is important for you because gratitude always brings more blessings. The feeling of gratitude is like a signal you send to the Universe showing that you are open to receiving. **It’s like a powerful magnet that attracts complementary energies into your life.** This is why you must send your gratitude to the Angels even though they do not need thanks.

From our book 365 Prayers to the Angels 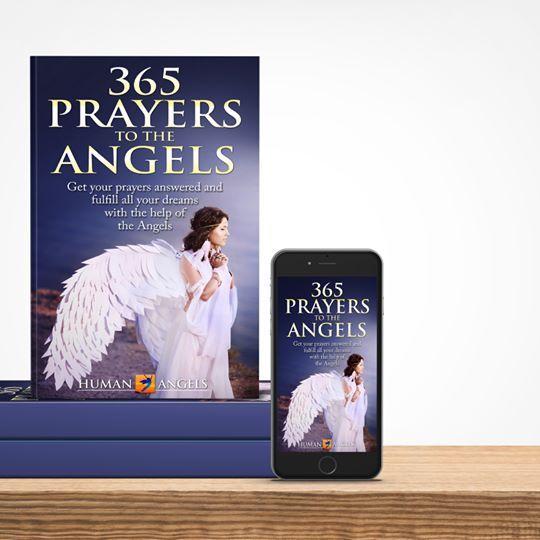 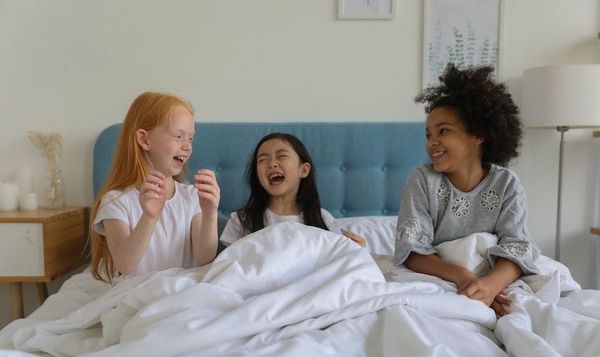 Fall asleep easily and peacefully with this angelic prayer for night protection for you and your family. 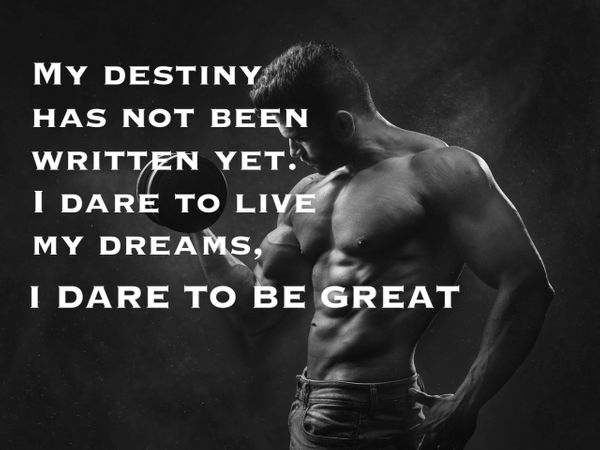 If the expression "Make do with what you have" does not apply to you, then read these mantras.